Azan Stun Gun The Bull Stopper 2 Million. Two Million volts are generated and expended by this powerful stun gun. In a flash you can stall an attacker and give yourself enough time to escape. It features a safety switch so it does not inadvertently activate. This stun gun is a high power unit that is not a toy. Each Bull Stopper stun gun is rechargeable with a built-in, retractable 110 V wall charger. For 2 million volts, this stun gun has a very small foot print of about 5.5 inches. Also a flashlight is built into the stun gun so you are not left in the dark. We include a nylon sheath with belt loop to help keep your stun gun secured. 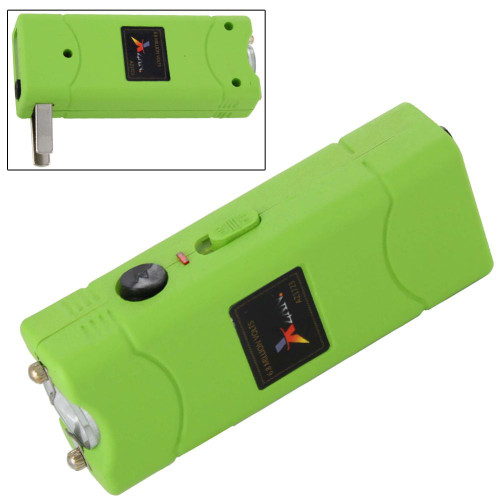 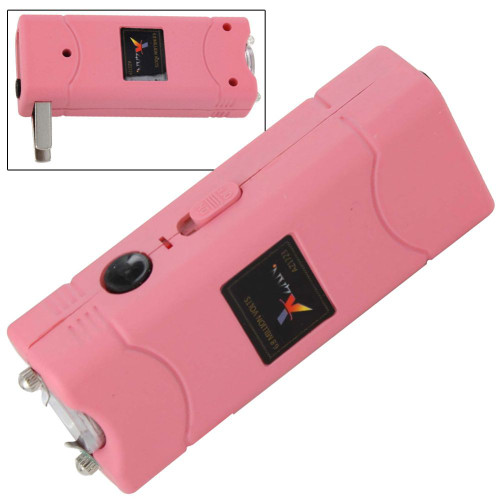 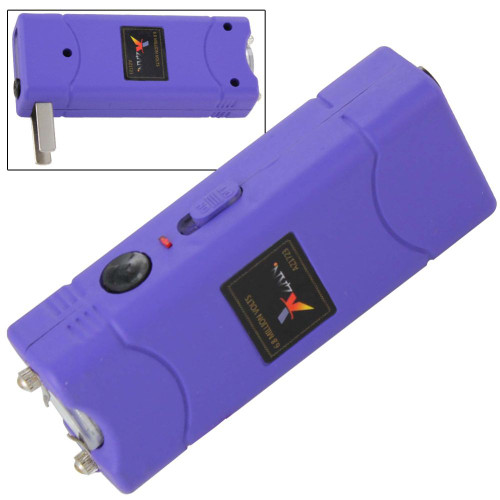 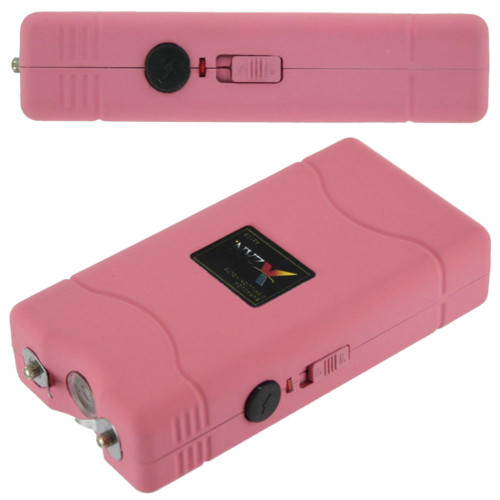