Spartas elite warriors trained from a young age and unlike their contemporaries on the battle field, being a warrior was the only career they would ever know. Spartan weaponry consisted of a spear know as a Dory, which was very large but Spartans were better skilled and more trained than their opponents with their other weapons. It was the primary weapon of the Spartans. It was used to great effect in the Spartan shield wall/Phalanx, when held in an overhand position it allowed the first two lines to attack the enemy. The Great Spartan Warrior Replicated Movie Dory (Spear) is constructed of a steel shaft with a black finish and faux brown leather wrapping. The end consists of a rubber stopper with the spears head being made of steel that has been antiqued and made to look battle worn. This piece comes in two pieces which screws to gather to make it approximately a whopping 76 inches in length. 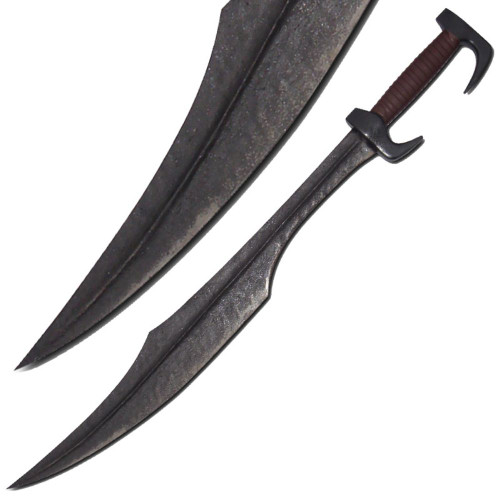 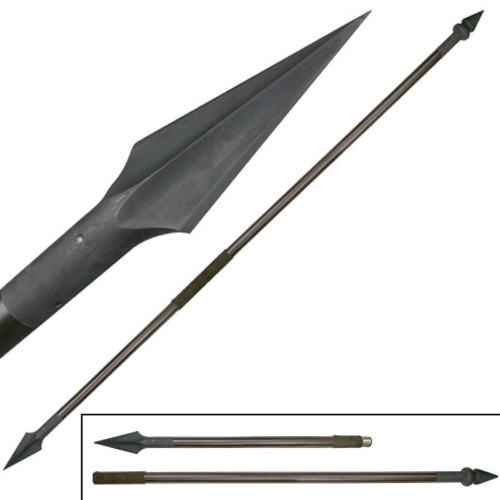 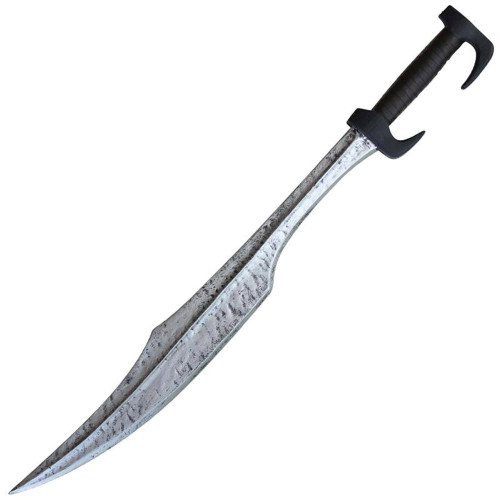 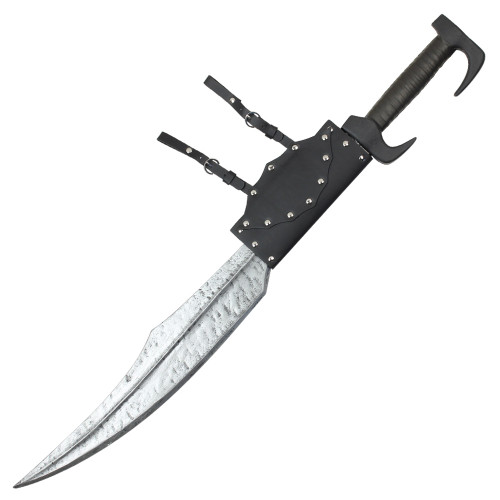 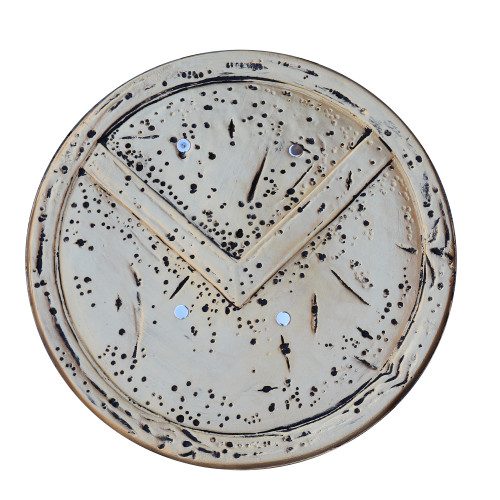