With a classic antique finish and artistic flourishes on the scabbard and handle, this dagger represents the basic medieval side arm, but with a bit of flare and aesthetics that suggest the weapon of a noble, as opposed to a crude poker carried by a commoner. Factory sharp and featuring a highly attractive satin finish, the double sided 5 inch stainless steel blade can be honed to an even finer edge and features a 2.5 inch fuller accentuated by a ridgeline down the middle. The pommel features a diamond shape on its face and rear while a pointed extension on the end offers the possibility of a glass breaker (not that such a thing would be truly necessary in Medieval times) with an opening for a lanyard or strap. Textured inserts on the handle provide a solid and secure grip. Displaying a starburst like design on its body, the metal scabbard features chevron designs on the chafe and locket accentuated by ornate etchings. Daggers were the ubiquitous, do-everything sidearm of the Middle Ages, carried by everyone from the noblest lord to the lowliest peasant. Despite their use as a dress accessory, daggers are ultimately meant for personal self-defense, primarily as a stabbing weapon. Our High Middle Ages Knightly Dagger is representative of a classic 14th century style, a kind that would be worn by a knight. This style, known as the quillon dagger, first became popular with the knightly class in the mid-13th century and was one of several traditional types of daggers ubiquitous throughout the Middle Ages, the other forms being ballock, rondel, ear, and baselard. By the 14th century it could be worn with a matching sword, a trend that would go out of style but would be revived later in the mid-16th century with matching rapier and dagger sets. Quillon daggers were also known as sword-hilted daggers, a term that clearly describes their resemblance to the traditional cruciform style of a medieval sword. Daggers of this style are one of the most instantly recognizable symbols of knightly status. 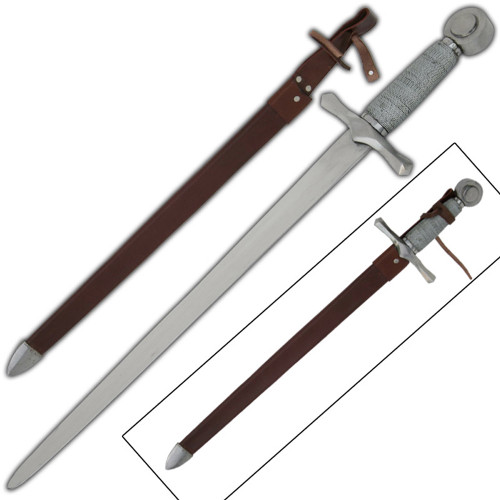 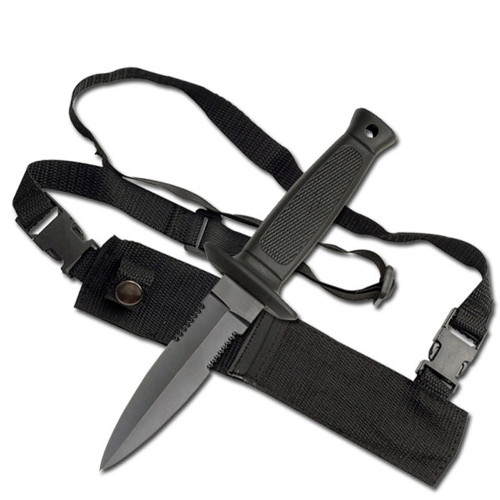