The Waster is one of the oldest forms of practice weapons. Wasters made their first appearance when it became apparent that people needed a way to train with swords without being killed. The Waster can be found in societies ranging from ancient Greece and Egypt to Medieval Europe, Feudal Japan and the modern US. Over the course of its life the Waster has undergone many changes, beginning with a simple the stick, the Waster eventually was made with all the same aspects as a steel sword. In the modern world the Waster still has a large following from Medieval Reconstruction groups, Plays, and the Renaissance Fair following. Our Waster sword has been constructed of Close fitting piece offering a beautiful polished wooden blade sporting a ridge line running down the center of the sword. We have also made the tip of the sword rounded for safety purposes. The guard is built tough with a very thick construction offering the classic claymore design. Our Medieval Waster Claymore Sword is built with two sections, the handle and a separate piece of the pommel. This is one sword you must have for your next medieval event. 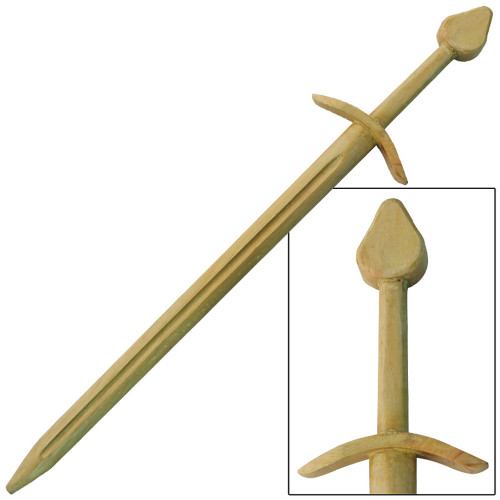 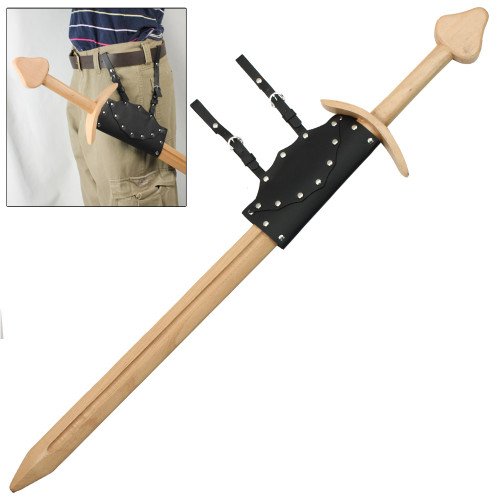