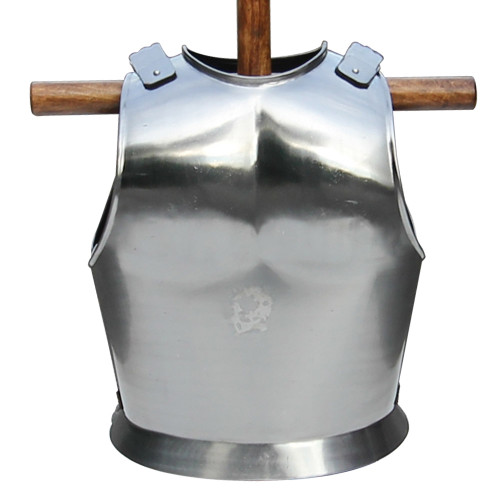 This type of cuirass was worn by regiments known as Cuirassiers. Cuirassiers were generally the senior branch of the mounted portion of an army, retaining their status as heavy cavalry"big men on big horses". Their value as a heavy striking force during the Napoleonic Wars ensured that the French, Russian and Prussian armies continued to use cuirassier regiments throughout the 19th century. This armor was constructed of 18 gauge stee1 and comes equipped with a leather adjustable waist strap and two decorative scaled shoulder straps that adhere to the front. This entire set has been hand forged and polished. Today the French army still maintains one historic cuirassier regiment as an armored unit that still uses this type of cuirass. This set is great for TV, Movie, Theater, or Re-enactments. 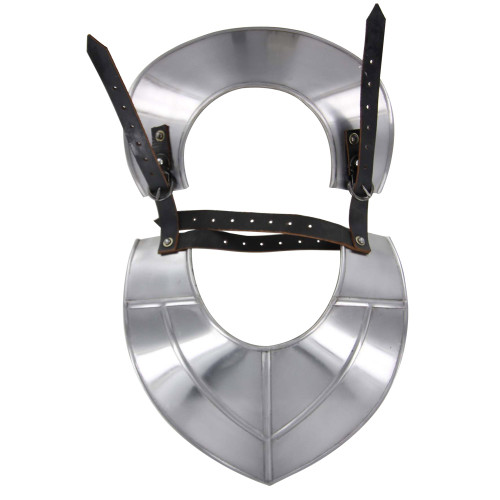 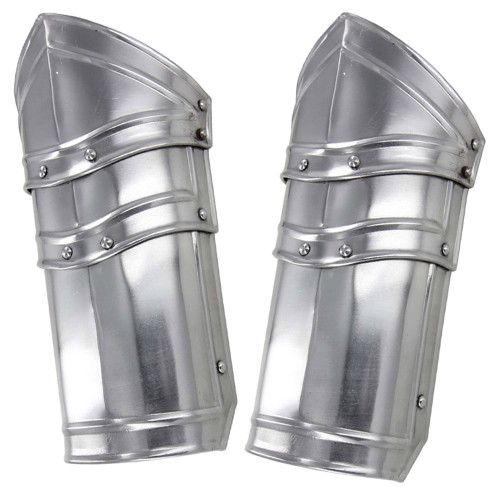 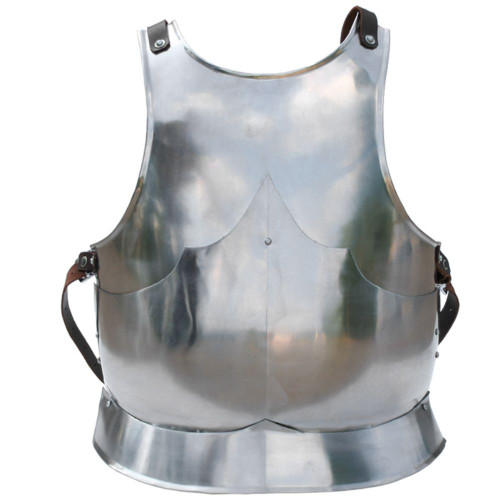 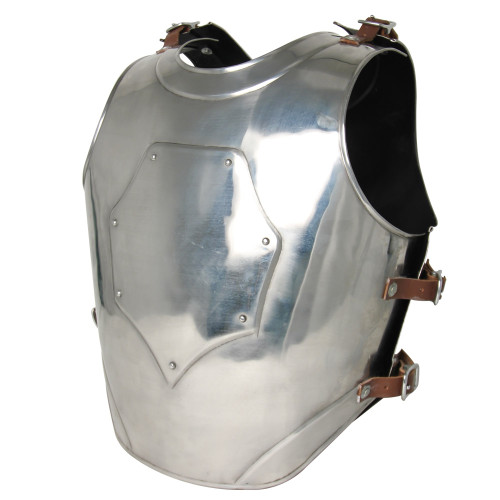 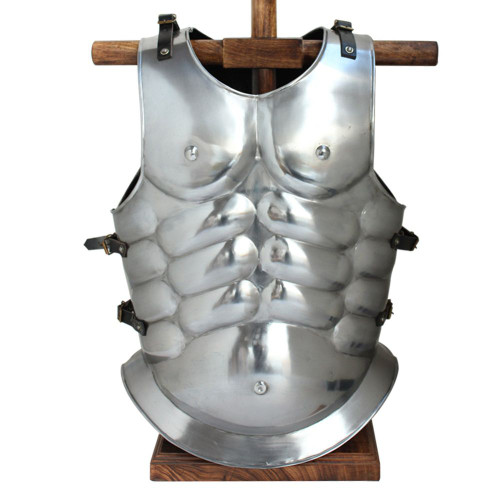