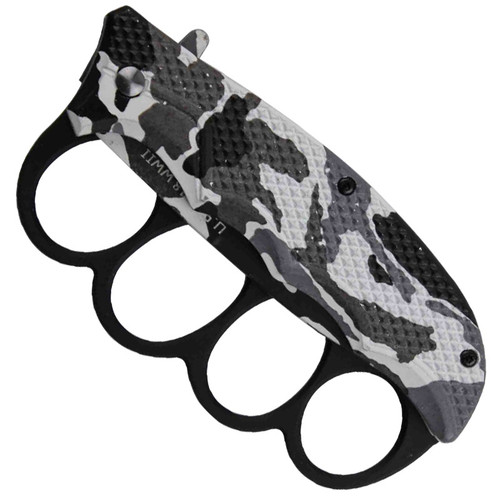 Spring assisted trench knife with a razor sharp stainless steel blade and Arctic Camo finish along with a knuckle guard for extra protection and safety. The knuckle handle is made of solid aluminum alloy with a steel core and a non-gloss black coating while a diamond textured grip ensures a comfortable feel in the hand. The drop point style blade has a tapered upper spine and the blade surface is finished flat black with "U. S. 1918" stamped in silver. Patterned in part after the Mark I trench knife officially issued by the US government starting in 1918, that knife appeared too late in the year to actually play a major role in World War 1 but became the standard issue trench knife for both the US Army and US Marines throughout the beginning phases of World War 2 serving well into 1943, hence the distinctive engraving on the blade. 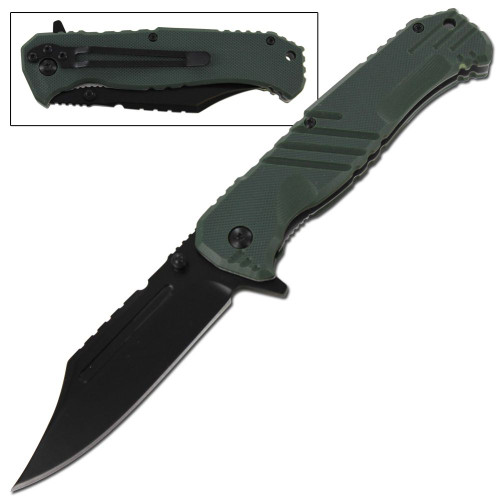 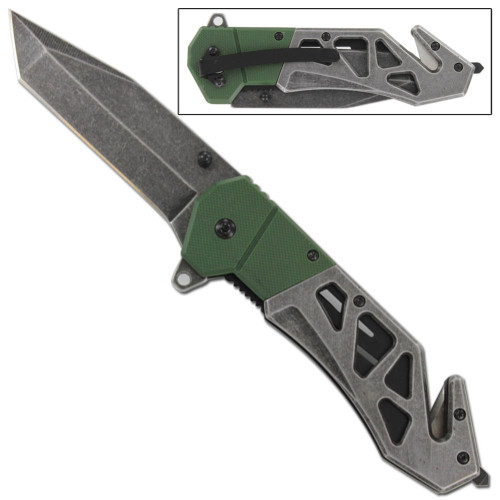 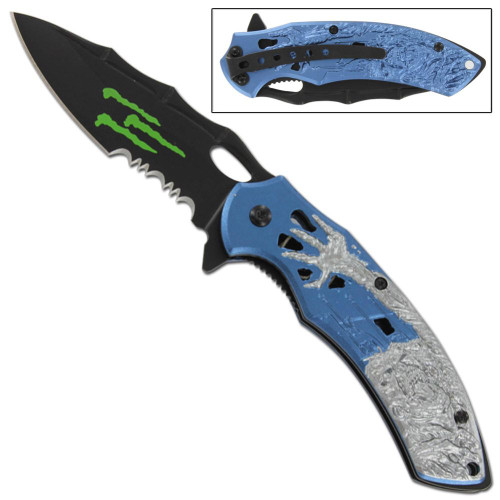 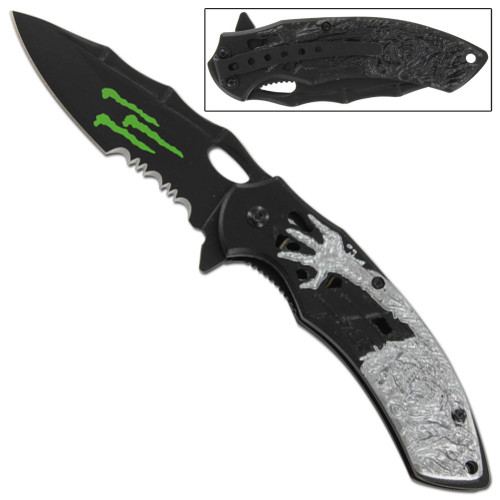