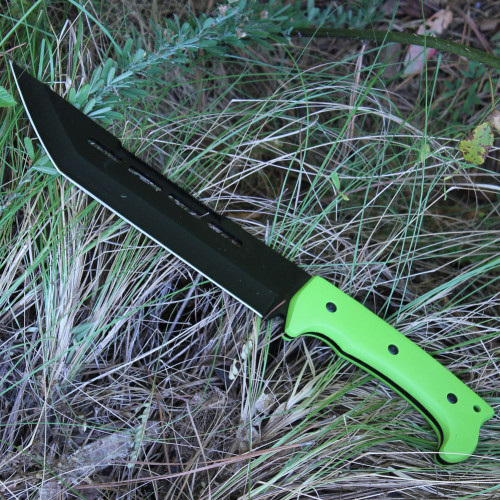 The Praying Mantis might be the most beloved insect to human but they are deadly to insect and small animals such as frogs. Not only are they deadly to others but they are cold blooded killers when it comes to their mates. Once mating is over the males often become lunch or become decapitated. These insects are considered ambush predators that only feed upon live prey within their reach. They either camouflage themselves while remaining stationary, waiting for prey to approach, or stalk their prey with slow, stealthy movements. The Sawback Praying Mantis Hunting Knife is just as fierce as its smaller counterpart. You will be able to stalk your prey with on the hunt. The Mantis has a sturdy full tang construction with a stainless blade. This American tanto blade is a beauty but the partial sawback spine just makes it awesome. To protect the blade against rusting in all weather conditions is a black anodized finish which also is great for reducing glare. The handle has contoured ABS scales that are adhered with rivets. A quillion protects the users hand from slipping onto the blade and the pommel is curved under to prevent the knife from slipping out of your hand. Included is a durable nylon sheath with belt loop. The next time you are out hunting don't be afraid to actively pursue your prey and take along the Sawback Praying Mantis Hunting Knife to help you get the jog done. 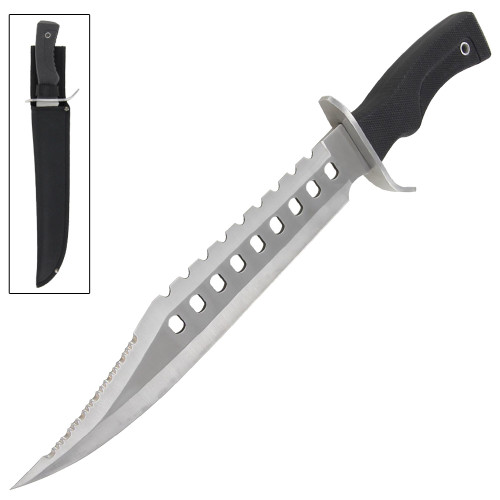 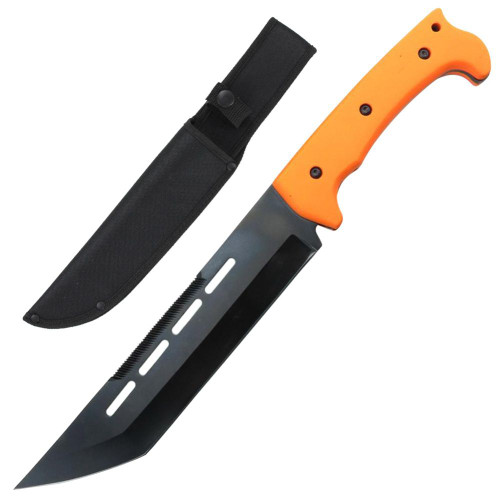 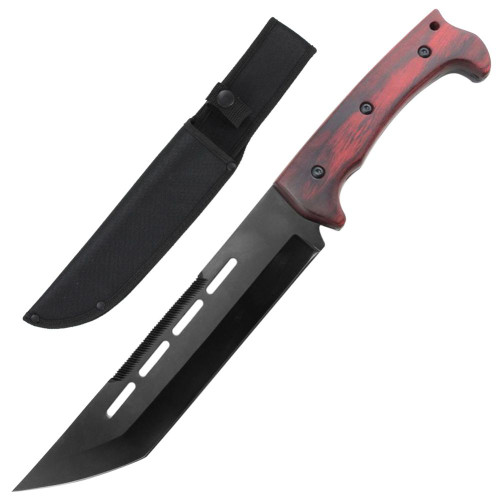 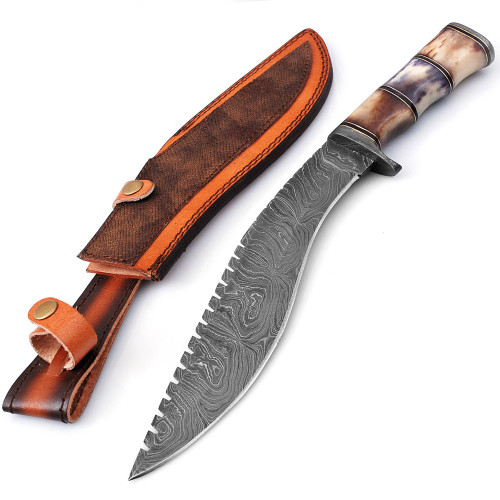