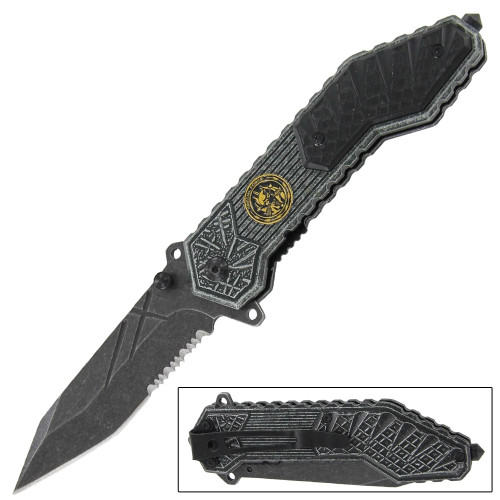 Special Forces and special operations forces are military units trained to perform unconventional missions. Special Forces, as they would now be recognized, emerged in the early 20th century, with a significant growth in the field during the Second World War. Special Forces have the ability to be virtually everywhere at once; this guarantees that they are the first on the ground or already at a crisis location when trouble starts. The Special Forces Unconventional Warfare Assisted Breaker Knife is a great tool to have in a crisis. Not only does it function like a conventional blade but it comes with a glass breaker in case of emergencies. The double walled steel frame adds to the durability and integrity of the knife. The handle is constructed of zinc aluminum with a decorative black plate and police emblem set into the handle. The blade is a modified tanto with a partial serration giving you a few different cutting edges. The black stone finish protects the blade from rusting and to reduce glare. To deploy the blade you have your choice of a thumb stud or flicker and with the steel pocket clip you can keep it with you at all times. 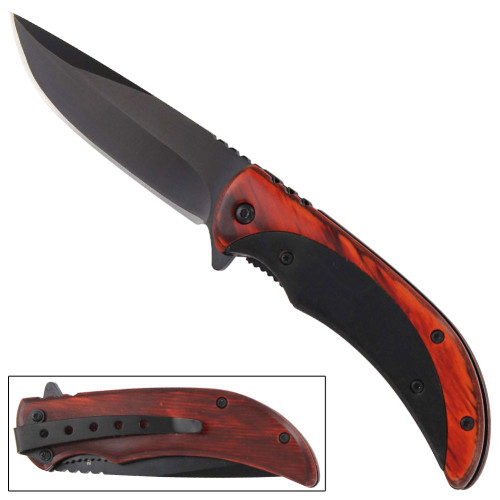 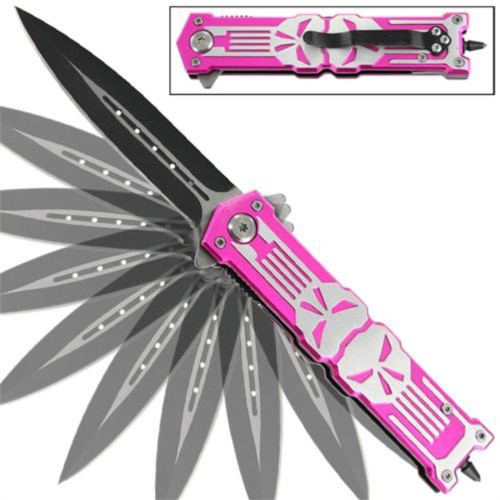 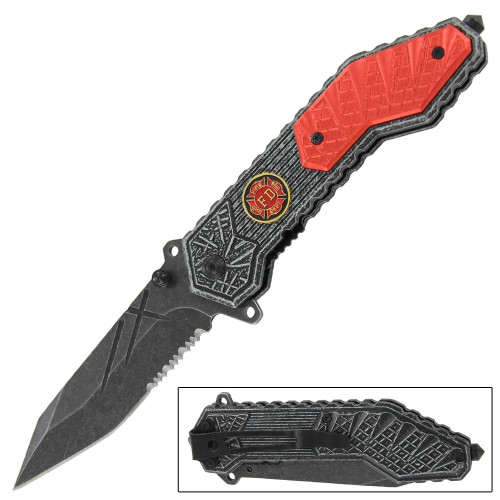 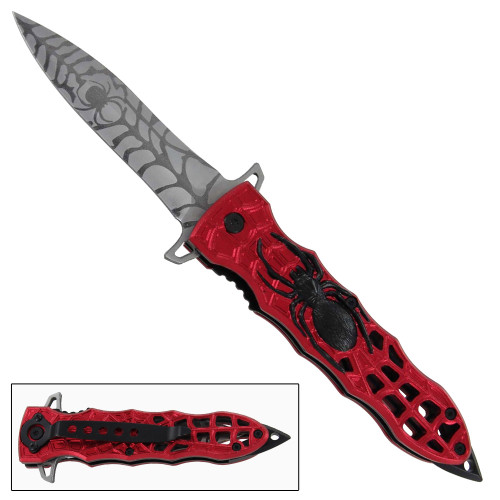 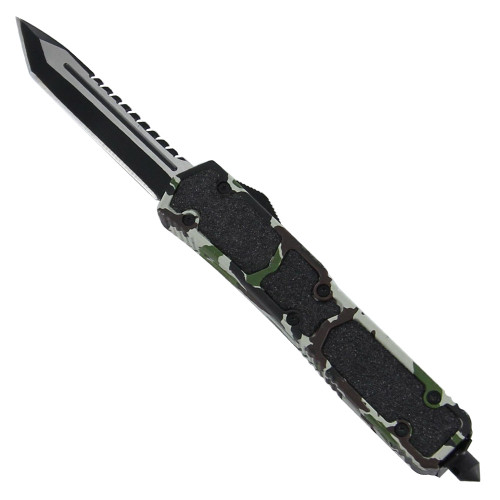