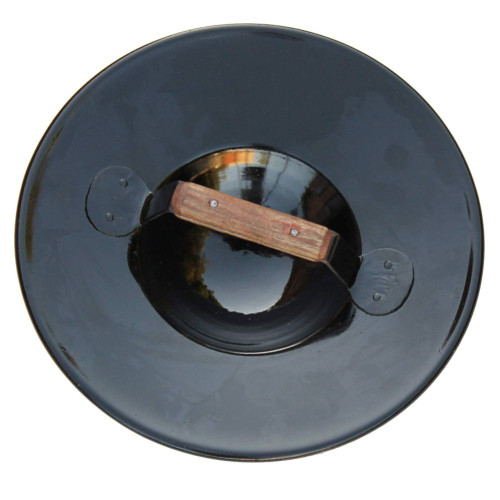 The Buckler was predominantly used in the Middle Ages but it had a surprising resurgence of popularity again during the Renaissance. The Buckler's effective in swordplay made it very popular among the young men who later became known as Swashbucklers, as well as among Pirates and Sailors for whom the buckler was an ideal weapon for the extremely violent and close quartered fighting of shipboard combat. This Swashbucklers Rudimentary Buckler Shield really gets the job done at reenactments, Renaissance Fairs, or plays! The shield features a defined rim and boss, the handle of the shield is steel with wood handle scales and goes length-wise down the shield and is riveted into place. The buckler had many uses, but traditional fighting styles generally focus on the following four principal uses: As a deflector: The buckler's lightness and curved center made it excellent for deflecting attacking blades. Such a deflection would leave the attacker open for a rapid counter-attack. As a blinder: The light blades used in conjunction with the buckler depended on rapid movements, which meant that a single second was an important advantage. The wielder of the buckler could use the metal disc to shield his sword-hand's position from view, keeping his opponent from guessing his next strike. As a "metal fist": A buckler can be used to directly attack an opponent by punching with either its flat face or its rim. As a binder: The buckler can be used to bind an opponent's sword hand and weapon against their body. The buckler is also very useful in grappling where it allows an opponent's arms to be easily wrapped up and controlled.

Diameter: 12 Inches
Material: 16 Gauge Steel with Wood on the Handle 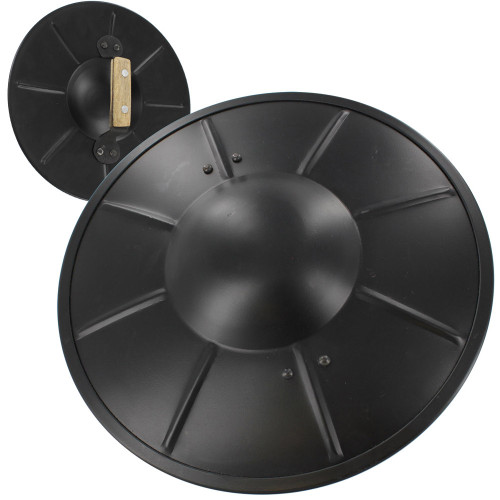 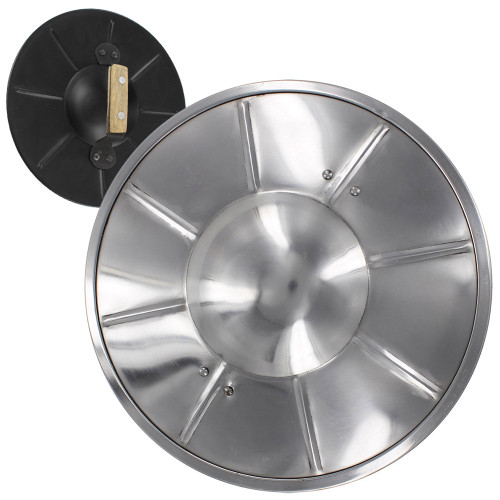 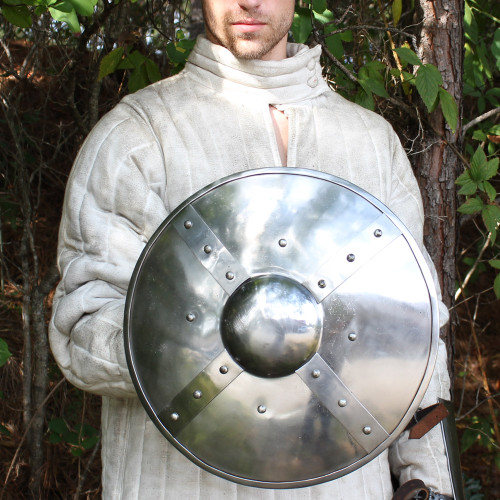 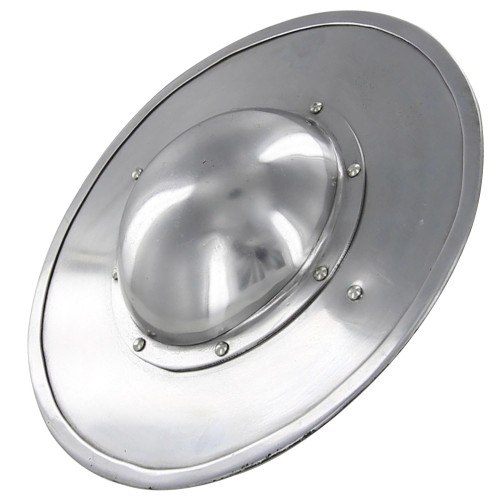 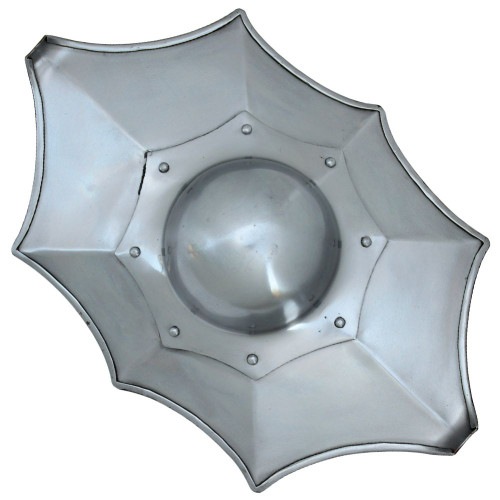