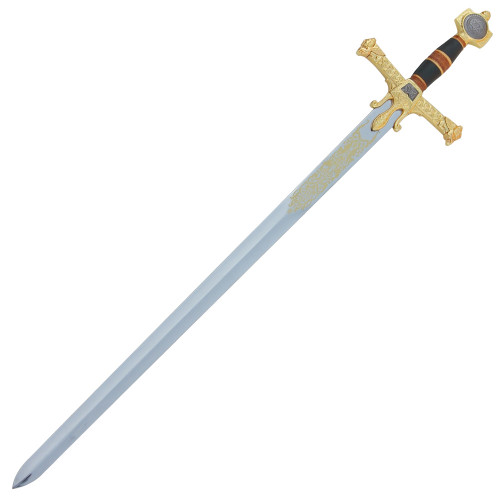 This classic recreation offers precision craftsmanship. The 37 inch blade is adorned with intricate laser etchings. The cast metal pommel and guard are antique gold plated and feature the Star of David and Ark of the Covenant symbols. The grip features sleek black spacers surrounded by cast metal engravings. 51 inch Overall Note: Wall display is wooden and brown in color. Design subject to change. More About King Solomon: Solomon (Latin name) or Shlomo (meaning "peace") is a figure described in Middle Eastern scriptures as a wise ruler of an empire centred on former Canaan. He was born in Jerusalem about 1000 BCE and reigned over Israel from about 970 to 928 BCE. He is also considered a prophet by Islam.The Bible accredits Solomon as the builder of the first Jerusalem Temple to Yahweh. Both the Bible and Qur'an portray Solomon as great in wisdom, wives, wealth, and power; however, the Bible criticises permitting his wives to worship statues depicting their own nation's deities a practice which the Bible condemns as idolatry against Israelite law (though textual scholars argue that the laws in question were not created until at least 300 years later), but which to modern eyes could simply be regarded as a "multicultural approach". Solomon is said by the Qur'an to have even had power over demons, a claim that passed into medieval Christian folklore, leading to grimoires such as the Lesser Key of Solomon. According to the majority of archaeologists the great works, empire, and wealth, attributed to Solomon by the Bible, Qur'an, and later legends, are actually in reality the attributes of the Omrides. Please note that the image on the cross guard may have only the Ark of the Covenant on both sides. 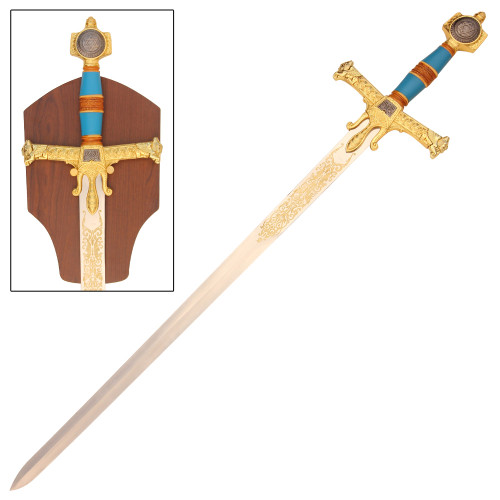 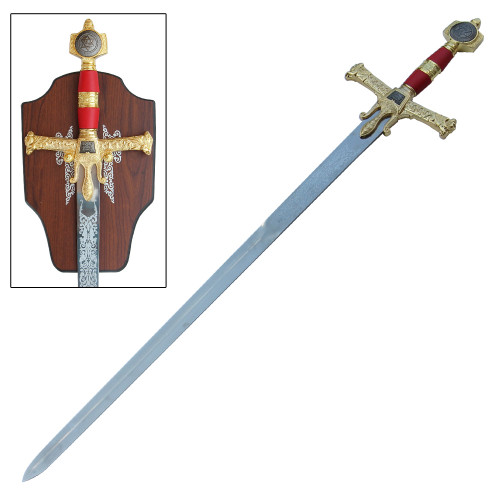 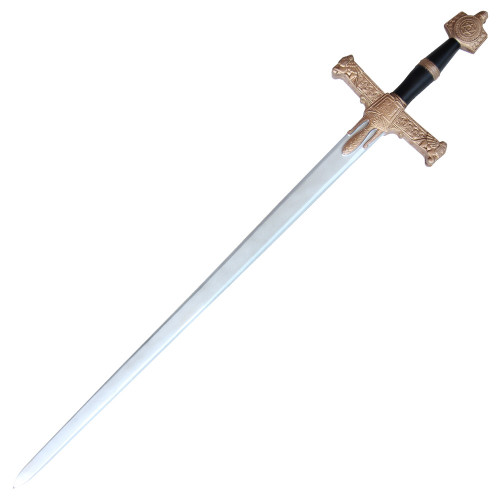 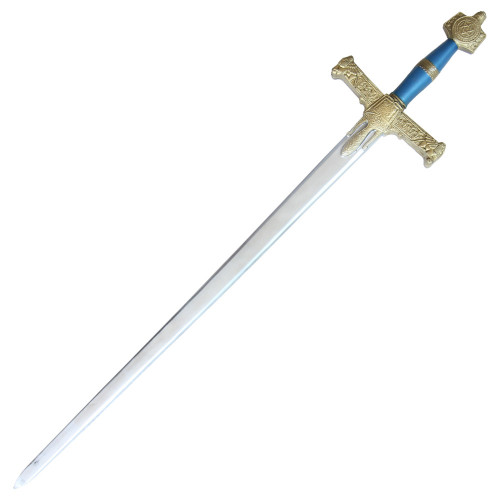 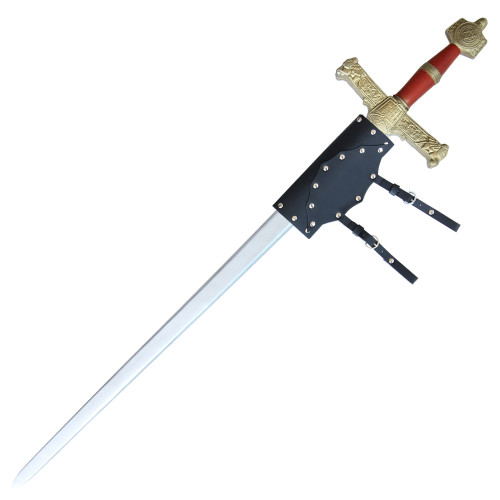