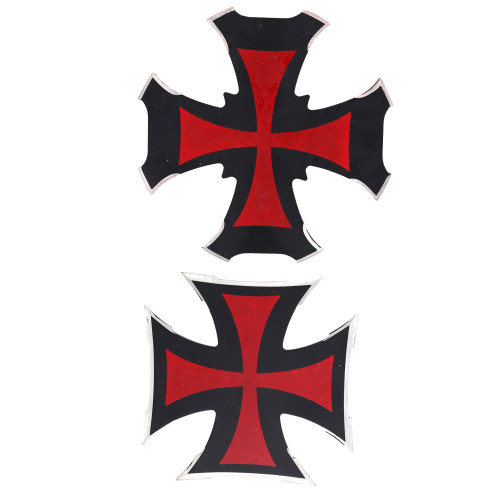 Templar knights held beliefs with self-discipline won by years and years of persistence, diligence, and determination. Ninja were much the same way; training their entire lives to fight for their beliefs, for the protection of the people. To fight is to hope for a better world. To persevere is to keep the chance of that world alive. To train is to keep that chance alive for as long as possible. Every throw, every drop of sweat, every shooting pain through tired, overworked arms and legs is a promise of faith to a world where no one has to cry and a step in its direction. This is what the aim of a templar is.

The Templar Aim Throwing Star Set of Two is a stoic set of two throwing stars uniquely shaped like templar or Maltese crosses. One is the traditional cross shape and the other has a squared center. Both have a black anodized finish with the striking red cross over it on both sides. The cross-shaped throwing stars have sharp points on both sides of each tip on the cross bringing the total of sharp points to a stunning 8 points of potential impact on a target. The stars themselves are composed of stainless steel so you don’t have to worry about them breaking. You already have a lot on your mind with the vision of a new world to be concerned about your equipment. The Templar Aim Throwing Star Set of Two is a stunningly unique tool to bring along with you and with a two-pocket black nylon carrying case with a belt loop, your vision can follow wherever you go, as it should. 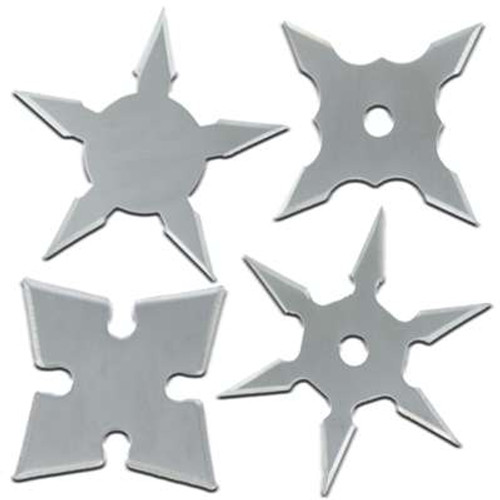 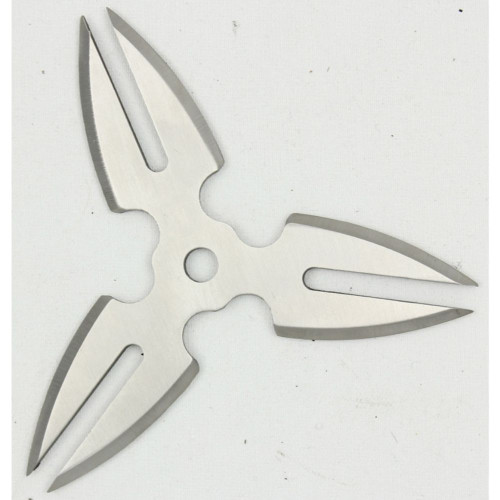 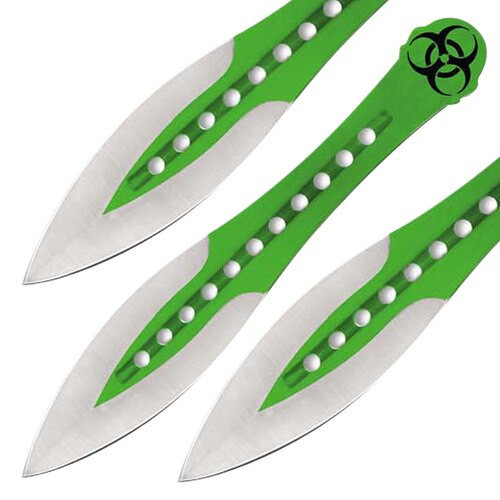 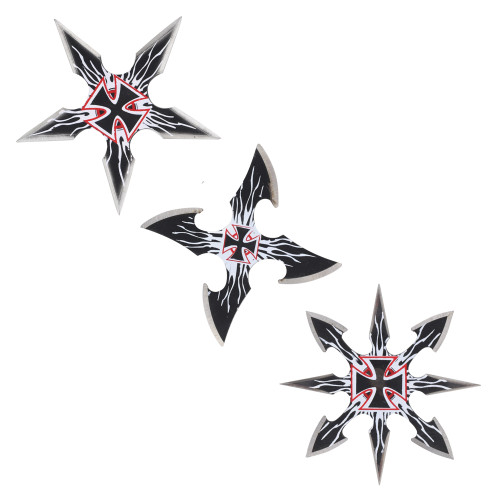 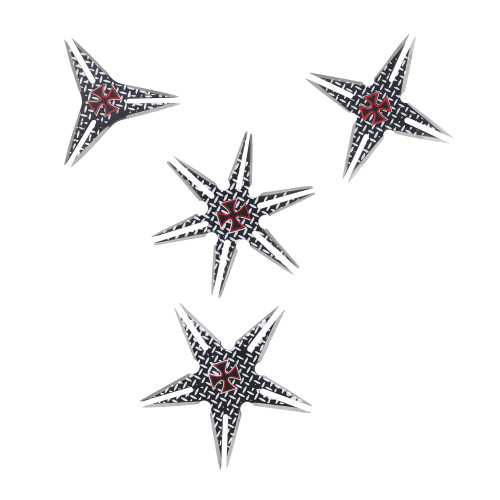