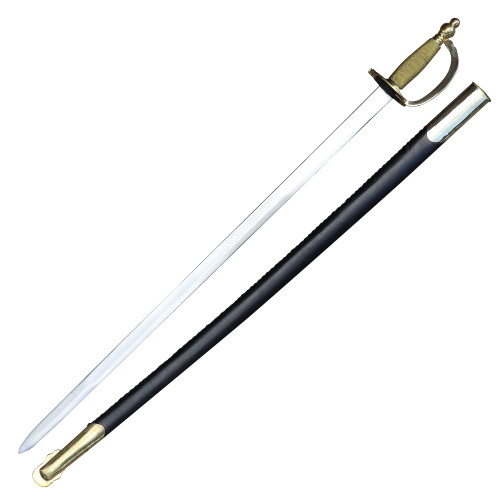 Model 1840 noncommissioned officers' sword has had a long service life, seeing active battlefield service from the Mexican War up until the Spanish–American War. During the American Civil War (1861–1865), it was of course primarily used by sergeants during the Mexican-American War and of the Union during the Civil War, but also by confederate soldiers after the Confederacy managed to seize state arsenals. A similar version was made without a hand guard for the musicians, called the musicians’ sword, for use as a personal defense weapon. Its design and its narrow blade were initially thought as a compromise between stabbing and slashing techniques but the thick spine of the model 1840 clearly favors the thrust much more than the cut. The sword nevertheless proved to be a bit heavy hilted compared to other period weapons which didn’t hinder its wide popularity during almost 70 years. This weapon slowly became a ceremonial one instead of a battlefield one. The blade of this replica is made from forged carbon steel and comes oiled to prevent rusting. The wire-wrapped wooden handle features and brass pommel and hand guard. A 100% genuine leather wrapped scabbard with brass locket and chape is included. Beautiful Display Piece for any enthusiast. 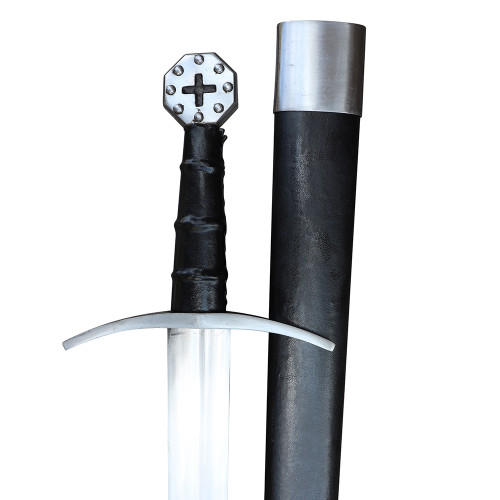 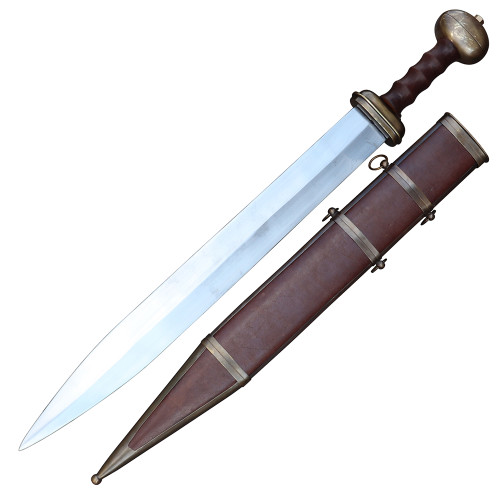 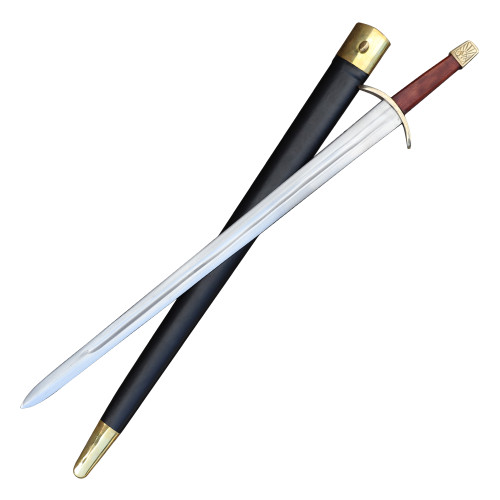 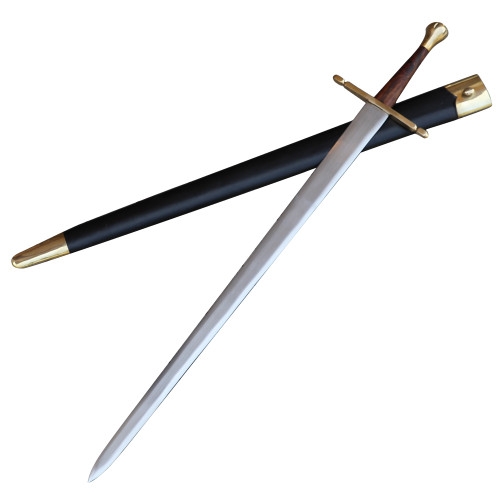 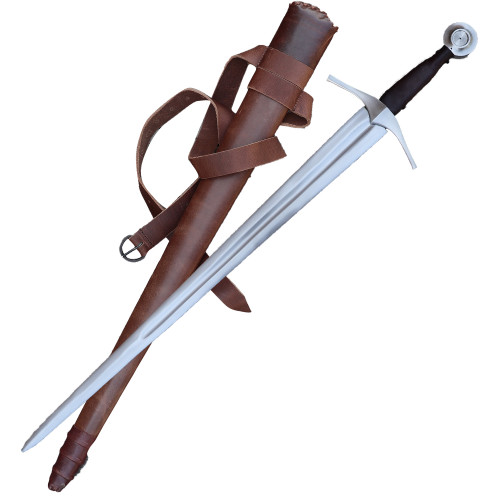