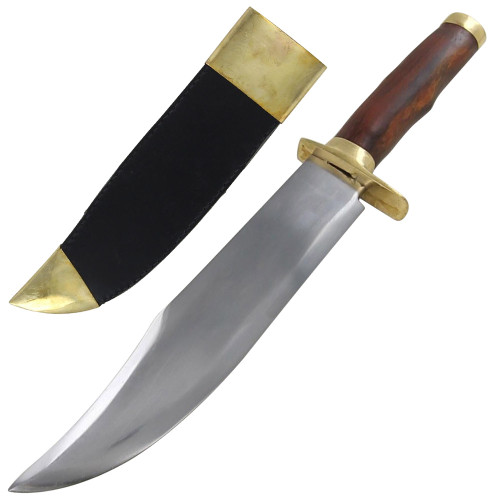 After Bowie died at the Battle of the Alamo five years later, in death both he and his knife became an American legend. This Bowie here is replicated after that legend in the early design. The blade is made from carbon steel with a straight back and a curved false upper edge. The handle is made from wood that has been smoothed and slightly contoured. The wood has been stained in a rich color that accentuates the grain. Both the pommel and guard are brass that has been polished to shine. This large knife is great for hunting or hiking in the wilderness. It also includes a hand sewn leather sheath with brass accents and a frog stud. 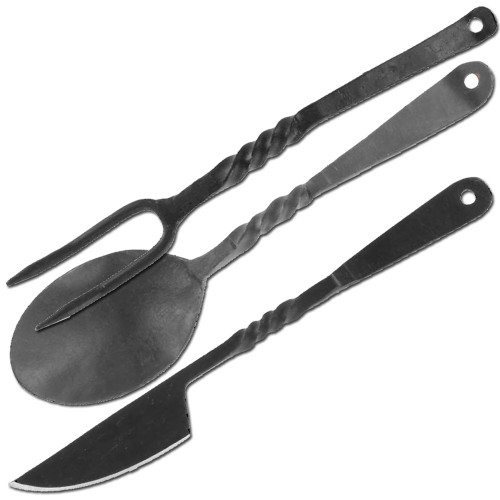 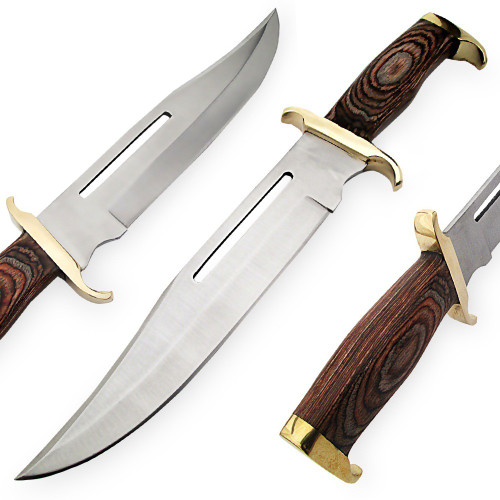 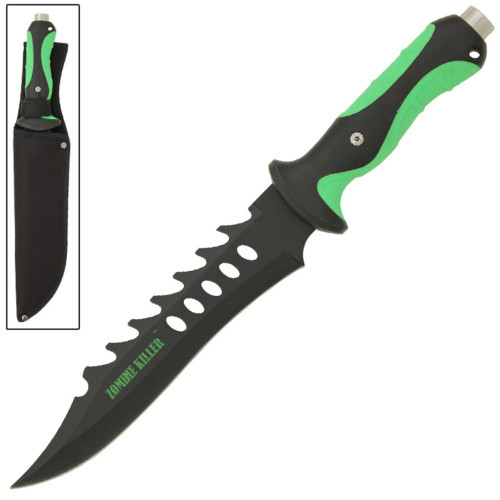 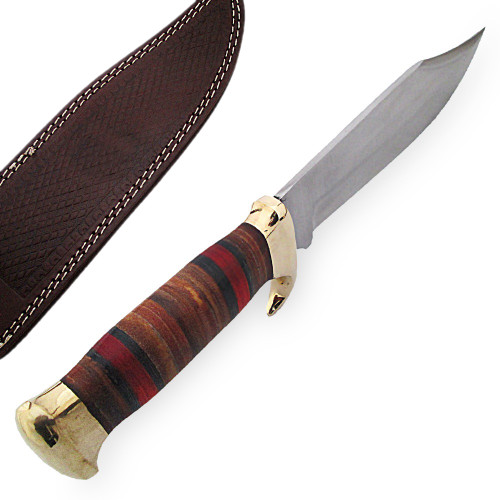 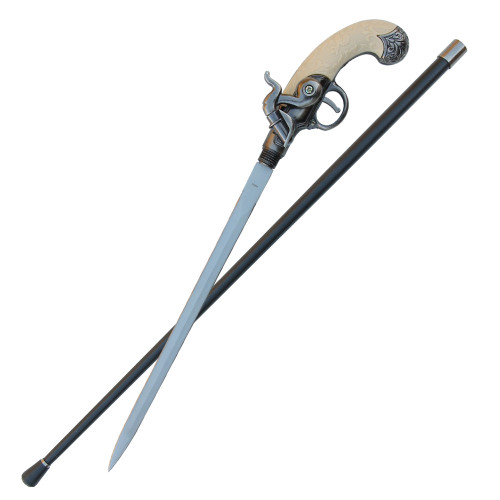