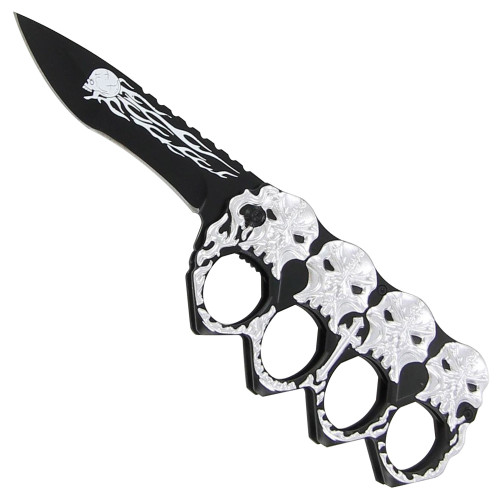 In the year of 1786 the initial consecration ceremonial to move the remains from the overcrowded Paris cemeteries to what is now known as the catacombs took place. The actual transfer of the remains occurred behind a procession of chanting priests, and consisted of a somber parade? of black, bone-filled, horse-drawn wagons. This somber parade of remains took two years to complete, and in retrospect seems a creepy reminder of the same parades of corpses that took place during the years of the plague. Dont be fooled by this resting place for the dead it is anything but peaceful. The catacombs are a dangerous place so to keep you safe and secure the Assisted Somber Parade Catacombs Steel Trench Knife is a must. At any time the tunnels may flood or collapse sometimes making a hole above ground. True the most dangerous parts have been closed off but there is always the threat of getting lost so some sort of protection is needed. The Somber parade is constructed with a stainless steel blade with an anodized black finish with a flaming skull on the blade. The handle is double walled with a steel frame and liner lock. It is constructed of zinc aluminum with a molded design of four skulls with a cross. The cross represents the religious aspects of the combs while the skulls give meaning to how the remains were not put respectfully in singular graves but were separated and displayed like art or just stacked against a wall. No wonder they say this mass grave is haunted. The best feature of this knife is how the handle is not just a handle but a knuckle too. Included is this eerie piece is a steel belt clip to secure it onto your belt or pocket. 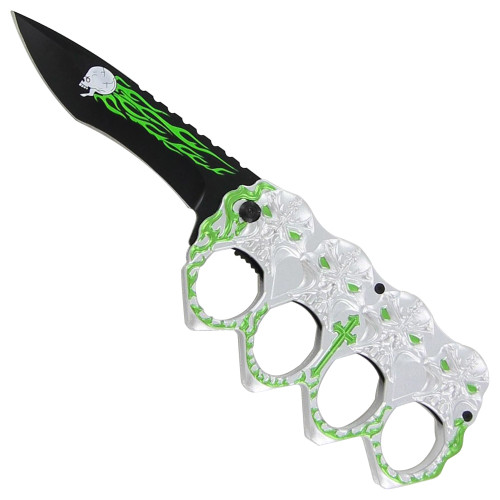 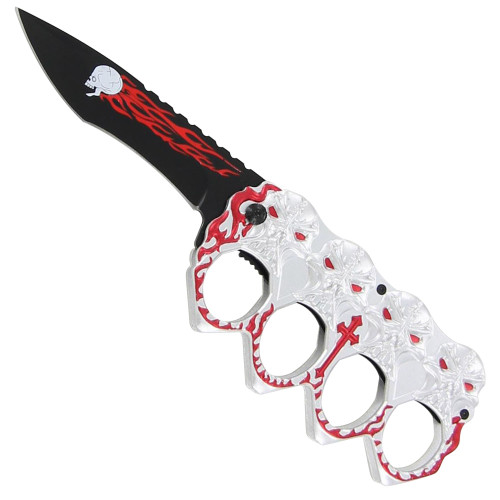 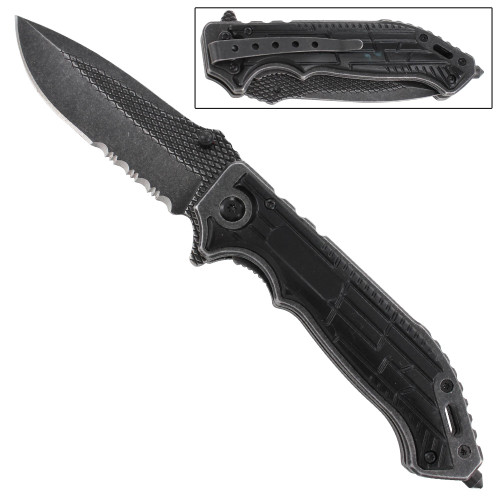 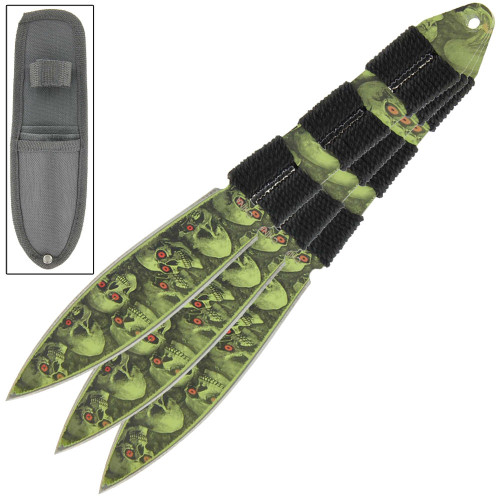 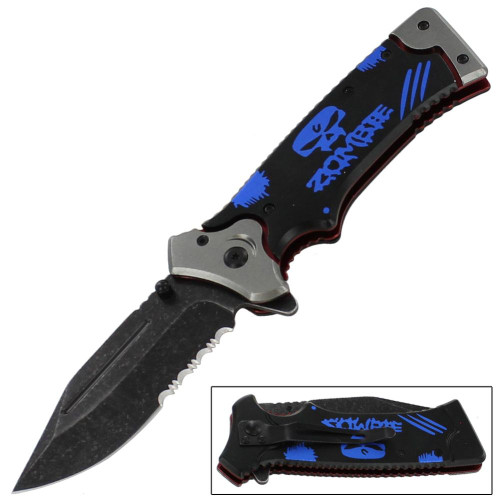