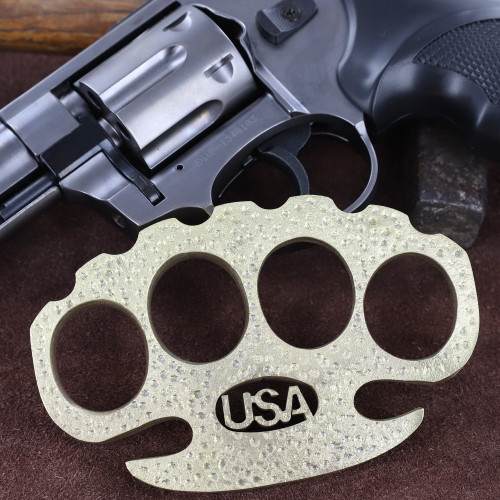 There is a country on this planet that stands tall no matter who they’re up against. No matter who comes after it. Through hardship after hardship, it is said that the soldiers fight even harder when they’re losing. When you take out a high command officer, instead of conceding, the remaining foot soldiers come after the aggressors with a vengeance; seeming not to fear death. The ordinary citizens are armed as much as their army, and they defend their country with just as much vigor and valor. If there ever was a country that could be named as bulletproof, it is the beautiful United States of America. Man, I love this country.

The Bulletproof 100% Pure Brass Knuckle Paper Weight Accessory is a textured, solid brass knuckle wire cut clean through with the initials of the best country on the planet. This is a four-finger brass knuckle which offers more protection than two-finger knuckles and more striking area in use. The finger holes are 1 inch so anyone can wear these comfortably. If you would instead prefer to display it as the iconic piece it is, you could. The design pops gorgeously against the spotted texture. The Bulletproof 100% Pure Brass Knuckle Paper Weight Accessory is composed of solid brass, so this knuckle is durable enough for just about anything, just like its namesake. 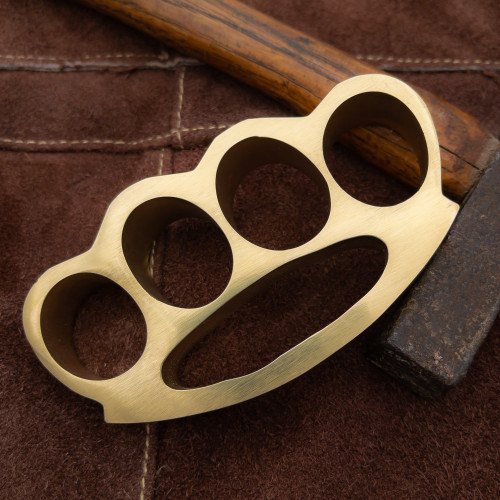 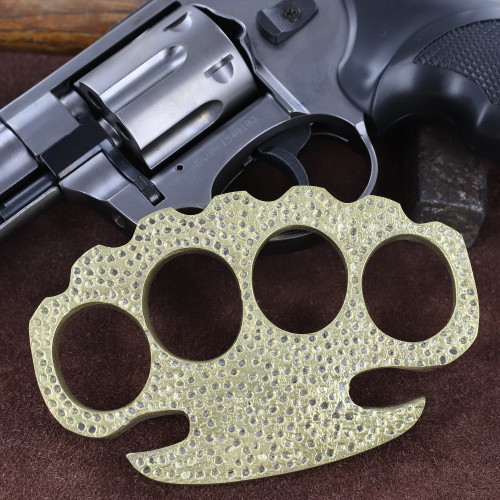 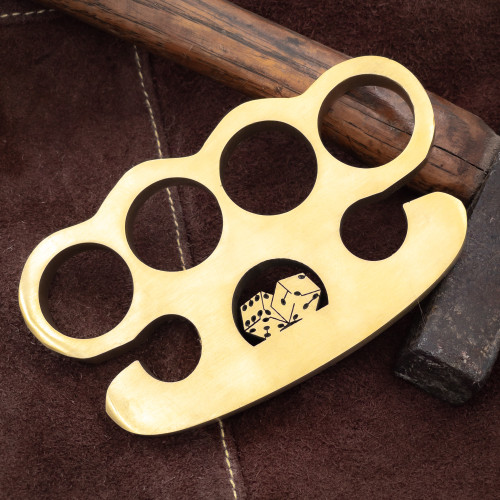 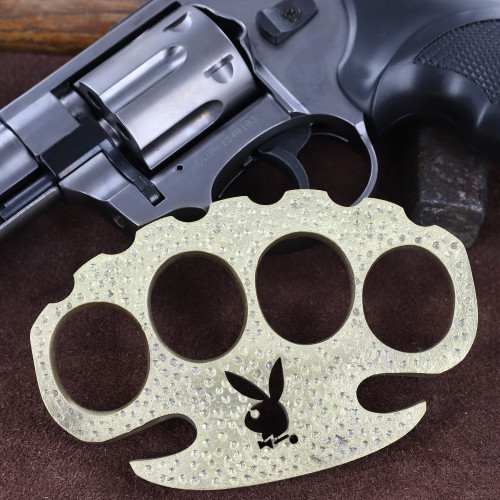 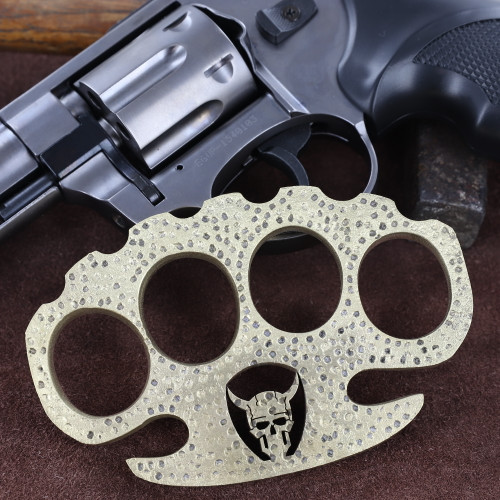