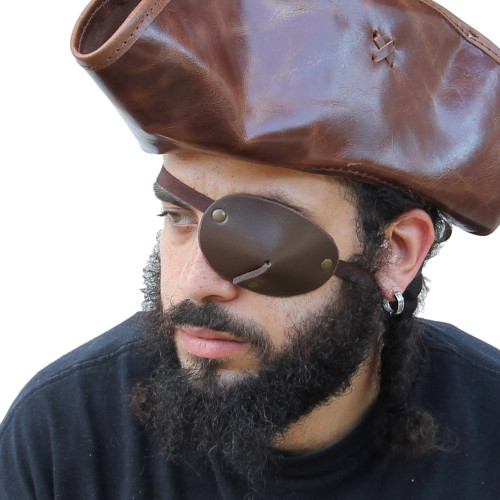 In the years before advanced medicine and surgery, eyepatches were common for people who had lost an eye. They were particularly prevalent among members of dangerous occupations, such as soldiers and sailors who could lose an eye in battle, as well as blacksmiths who used them to cover one eye for protection from sparks while working. While stereotypically associated with pirates, there is no evidence to suggest the historicity of eye patch wearing pirates before several popular novels of the 19th century but it is plausible as they were sailors and probably got into many skirmishes so eye injuries could have occurred. I mean a pirate just wouldnt be a pirate without his cutlass, hat, peg leg, and eye patch so why take the chance? The Pirate Handmade Leather Old Salt Eye Patch is handmade from leather with ribbon ties that are secured by two steel studs. So you best be addin this here patch to yer costume before ye be walkin the plank!? 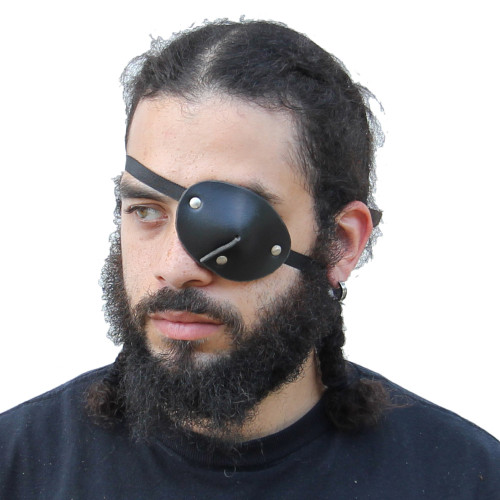 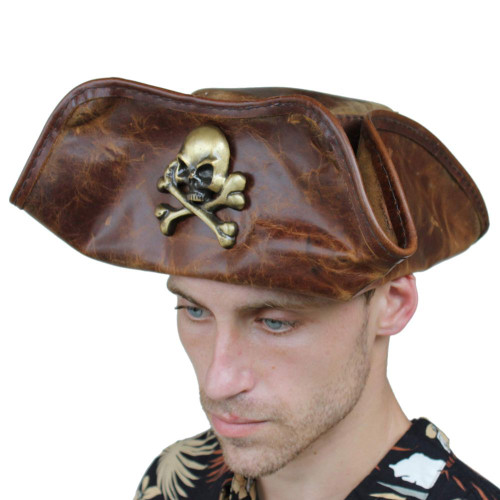 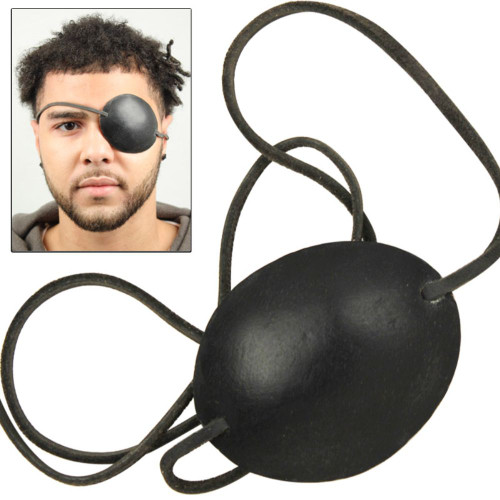 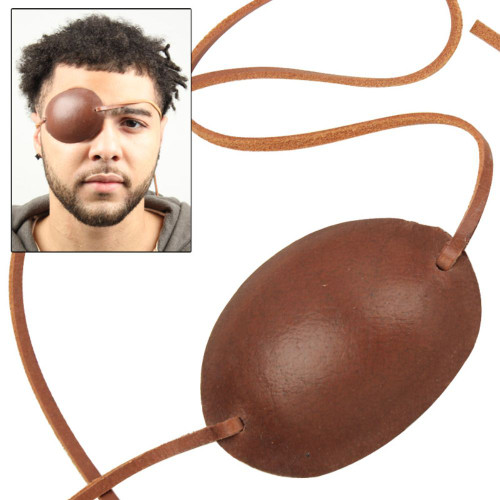 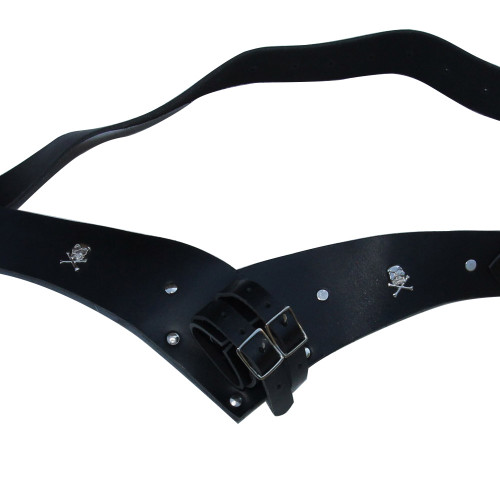