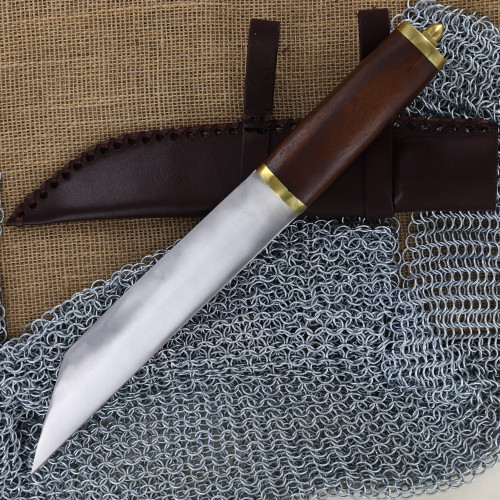 The hunted live in fear of the hunter silently traipsing through the brush with senses keen and eyes open. More often than not it isn’t the hunter the prey fear, but the weapon in the shadowy figures hand. The Hunted Viking Seax is a replica of a Viking Seax knife which was used primarily for combat and hunting. The knife’s blade has a distinct shape with the tip skewing in one direction at an angle. The side of the knife that is longer is the part that is sharp, while the other side is dull. The Hunted Viking Seax Knife comes with its own genuine leather sheath with two belt loops attached to it for easy carry and safe storage. 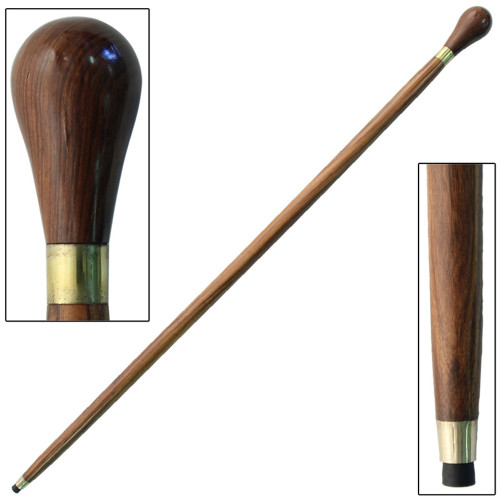 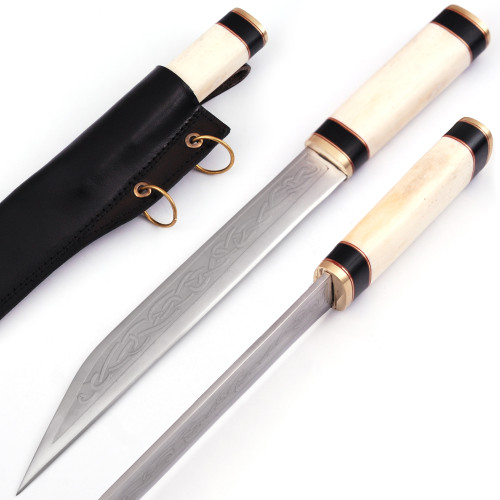 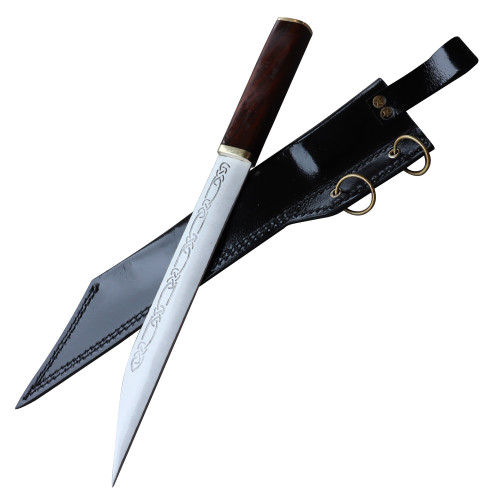 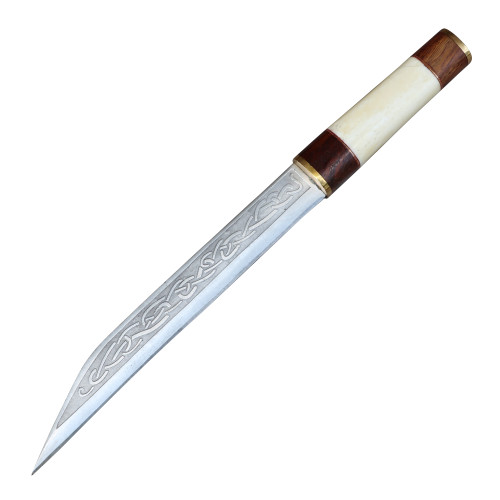 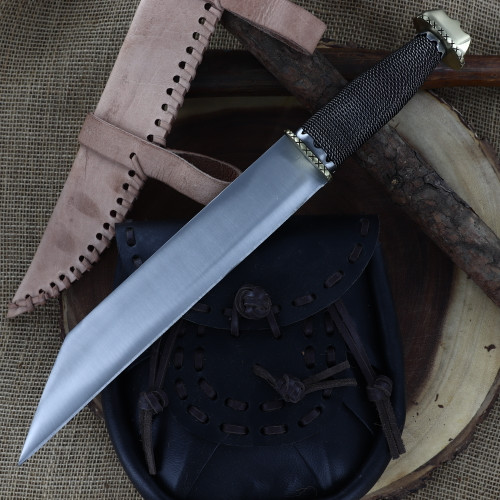