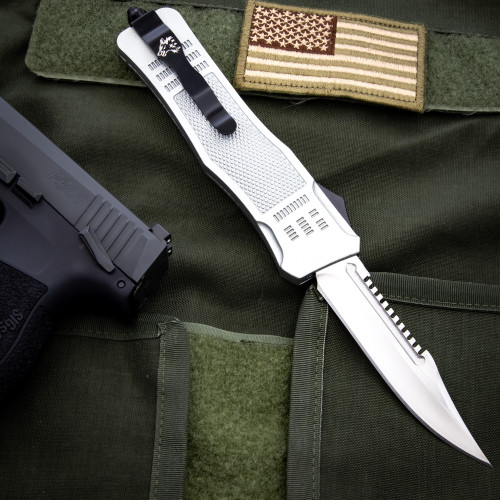 “This is the future of self-defense!” The scientist almost sounds insane with the vigor he speaks with. He throws down the switch and with a low hum the machine comes to life. A strange silver monolith, textured on the outside with what appears to be meter levels and read-out screens. The scientist takes the attention away from the machine by producing a small metal cube from his coat pocket. He nearly falls over with how much force the magnetic monolith rips the cube from his hand. “There!” yells the scientist, “No one can even get close with a metallic weapon! You will be safe!” I take pause and then tell him I’m glad I have no piercings. Then I mention how much property damage this is capable of, among other things. It seems the self-defense upgrades of the future are still a ways off.

Until then, the Magnetic Field Automatic Out the Front Knife won’t fail you. This automatic knife is an out the front knife which means that while retracted the blade is fully concealed inside the handle and, when deployed, the blade shoots from the end of the knife straight out instead of swinging out like in switchblades and stilettos. The tanto blade has partial serration halfway down the spine of the blade as well as a fuller to reduce weight and increase accuracy. The handle of the Magnetic Field Automatic Out the Front Knife is textured for grip and features futuristic texturing at the guard and pommel. At the end of the pommel this knife features a glass breaker too for emergency situations. The Magnetic Field Automatic Out the Front Knife comes with its own black nylon sheath with a belt loop and quick release so protection really is a close as flipping a switch. 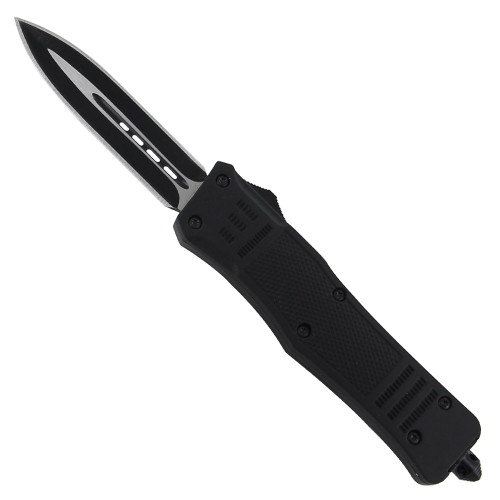 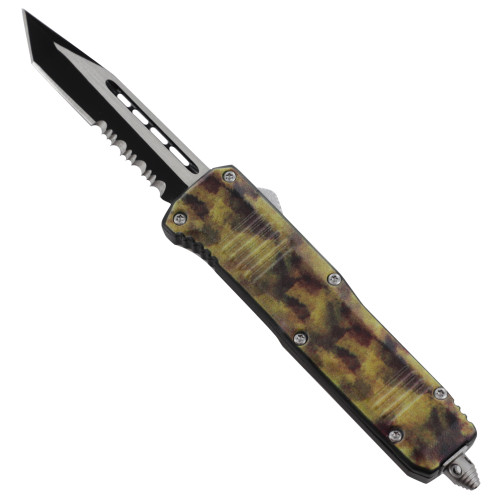 Miniature Automatic Out the Front Knife 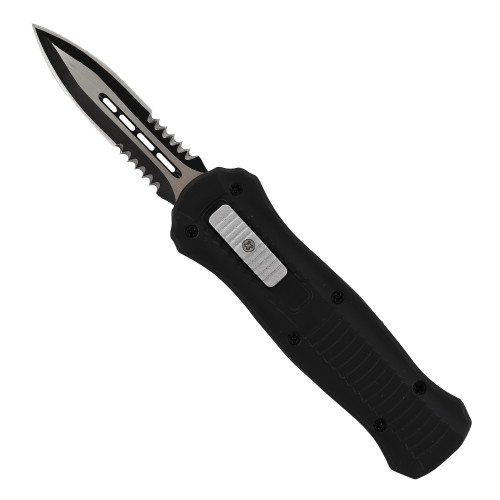 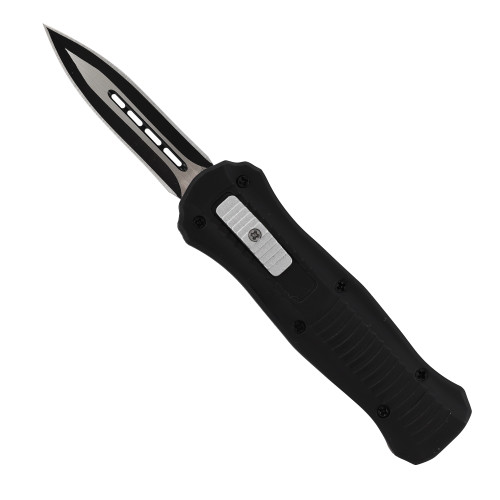 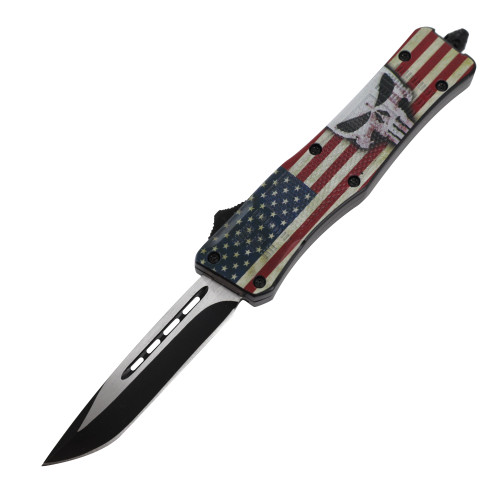