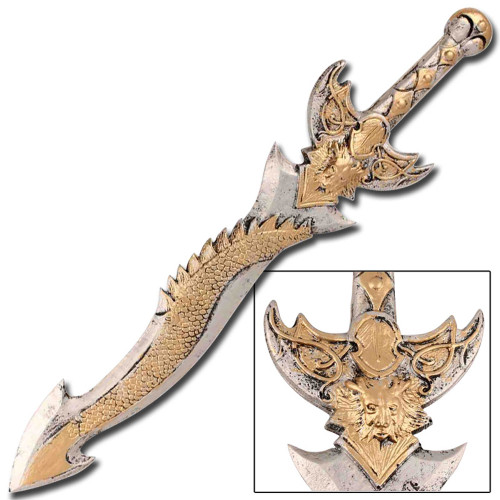 The Dragon King is a deity in Chinese mythology commonly regarded as the divine ruler of the ocean. He has the ability to shapeshift into human form and lives in an underwater crystal palace. He has his own royal court and commands an army comprising various marine creatures. Apart from presiding over aquatic life, the Dragon King can also manipulate the weather and bring rainfall. The Dragon King often appears in classical Chinese literature with detailed descriptions are given of the grandeur of their palaces.

With the dragon’s head adorning the cross guard, our Dragon King Sword literally takes on the form of the Dragon King as a serpentine tail coils around to help form the blade itself, with the tail end forming the swords point. Traditionally used as a symbol of imperial power in China, the dragon has long represented power, strength, and good luck. The dragons tail spikes form a serration on one edge of the blade with scales individually etched into the surface of the blade while the pommel is accented in gold. Gold accents also decorate the handle. Constructed from high quality Polyurethane foam with a PVC inner core, an antique finish has been applied to give an aged and authentic look. Hand painted and featuring intricate details from end to end, this sword is part of our Junior Warlords Collection of high quality foam padded weapons that are great costume additions for cosplay and/or live action role play while being perfectly safe for children- awesome products for both the young and the young at heart! 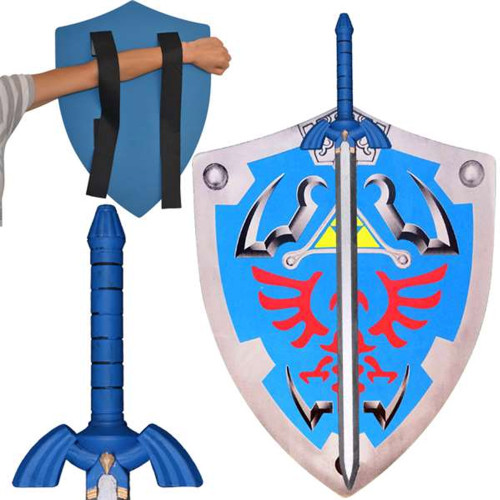 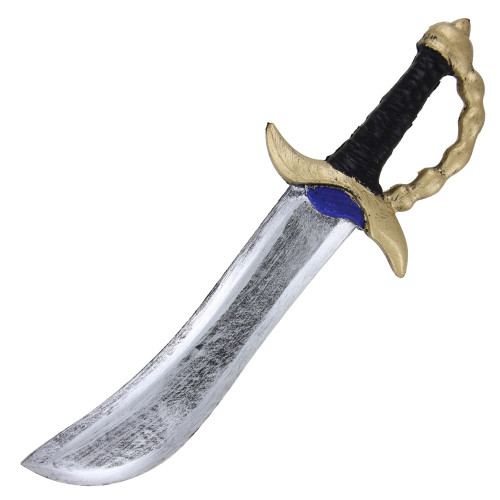 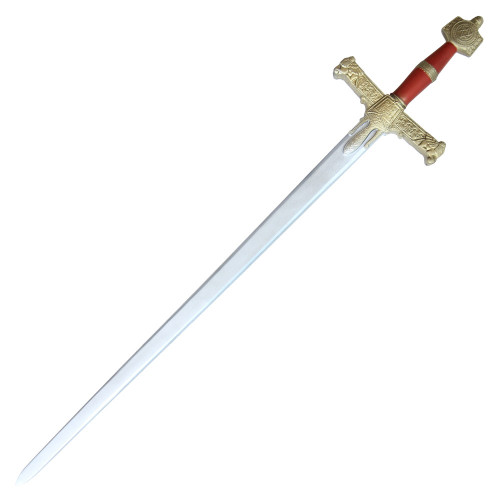 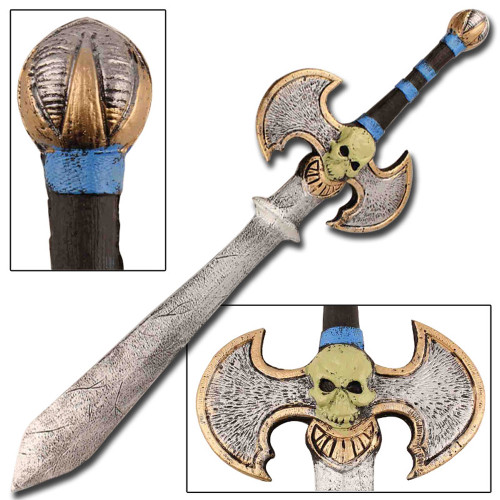 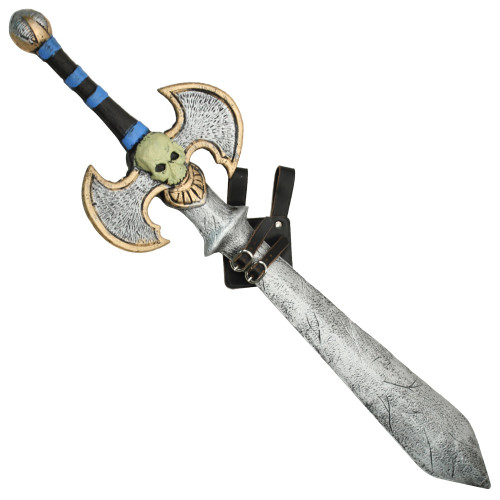