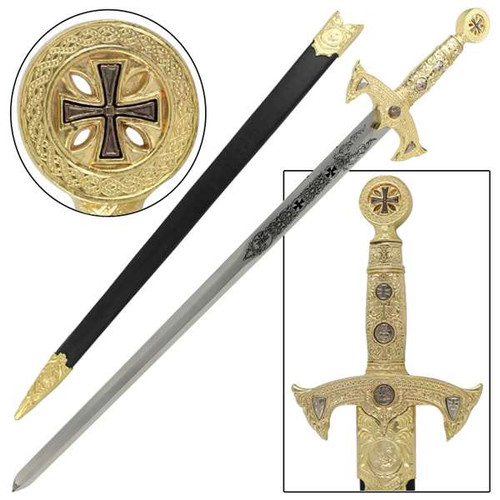 Richly detailed with ornate designs and an immaculate attention to detail, this traditional replica sword is a great tribute to the legend of the Knights Templar. Bearing an intricate design featuring Celtic knot work, two cross pattees and the Templar emblem of two knights on horseback; the 22 inch blade is crafted from 440 stainless steel and features a traditional fuller along the middle of the blade. The guard of the sword is quillion style and solidly built. In the middle of the cross bar is a medallion again featuring the Templar two knight emblem while two shields bracket it on either side- the right featuring a cross pattee and the left an alternative Templar seal. Detailed scroll work with griffins is found along the rest of the guard, giving the appearance of an elaborate frieze. Praying hands and two medallions decorate the face of the exquisitely detailed handle. The first medallion is a picture of a monk with his mouth sealed, a symbol of the secrecy of the order while the second medallion is another cross pattee. The pommel of the handle has a cut out of a cross encircled by a wreath design. Constructed of high quality wood with a black leather wrap, the scabbard features a golden chafe and locket with intricate details. The chafe features a cross pattee while the locket bears a flying dragon emblem. 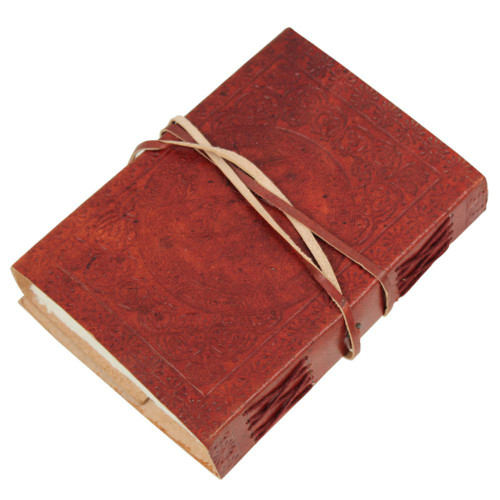 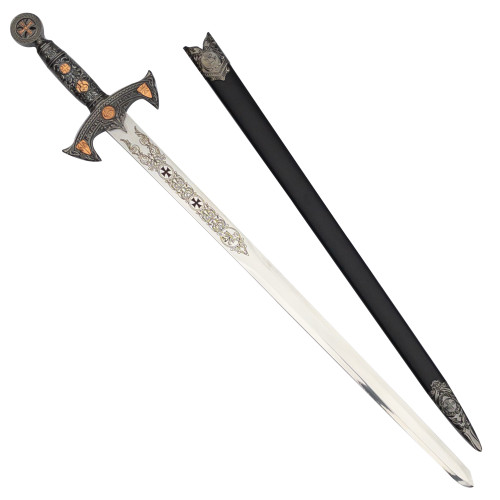 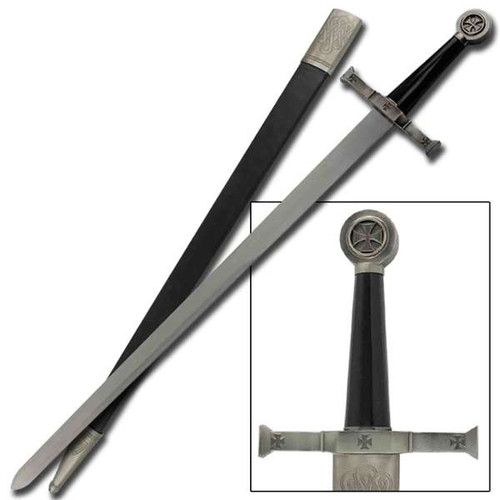 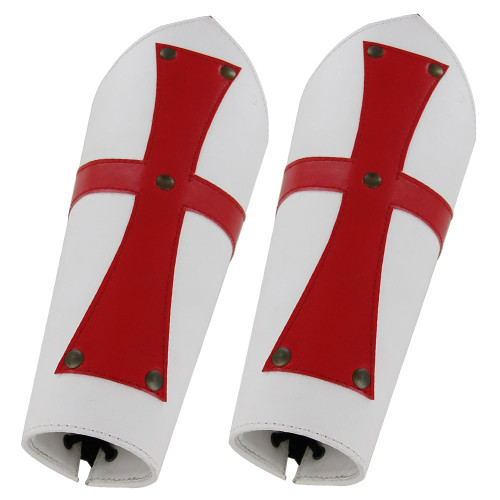