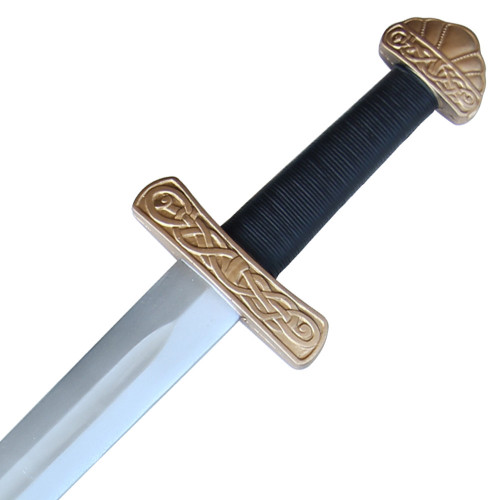 This Viking sword comes from the family of swords known as the spatha which was typically a Roman style sword. It would most commonly be owned be a Jarl or Viking chief or wealthy Vikings. The great advantage the Viking sword had over its competitors was the fuller; the fuller was a rounded or beveled groove running down the length of the blade. The fuller made the blade lighter for the user to wield while not compromising its strength as it would allow the sword to bend but not break when it hit the bone. The Norse Legacy Viking Foam Sword is constructed from durable polyurethane form with a strong 10mm inner core to dual in mock battles or a finishing touch on a great costume. It features a traditional five-lobed wave pommel with Celtic knot weave design that matches the design on the guard. With this blade by your side you will be unstoppable. Take your place and ruler just like the Legendary Viking King, Ragnar. 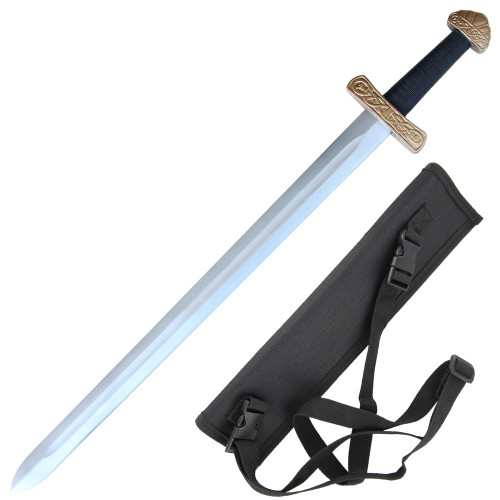 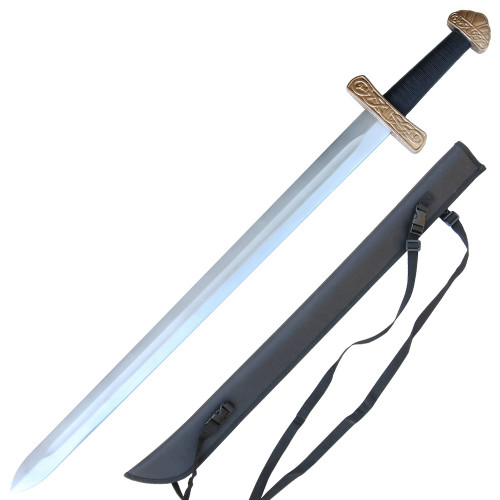 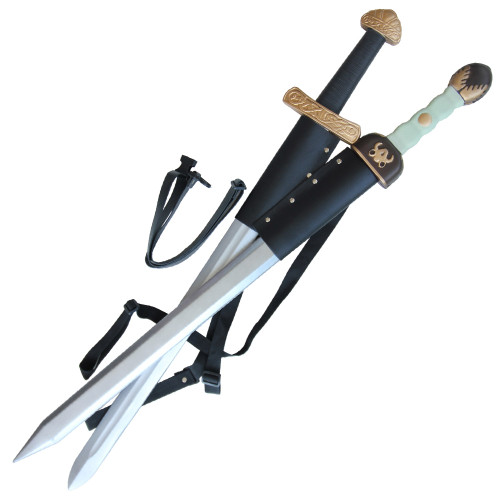 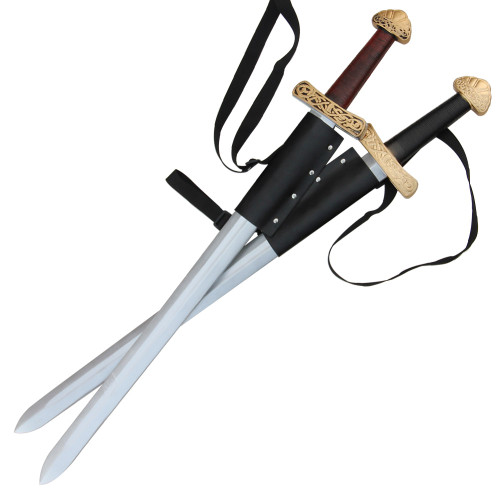 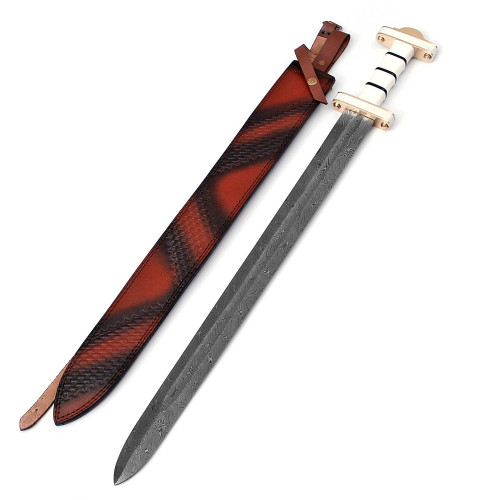