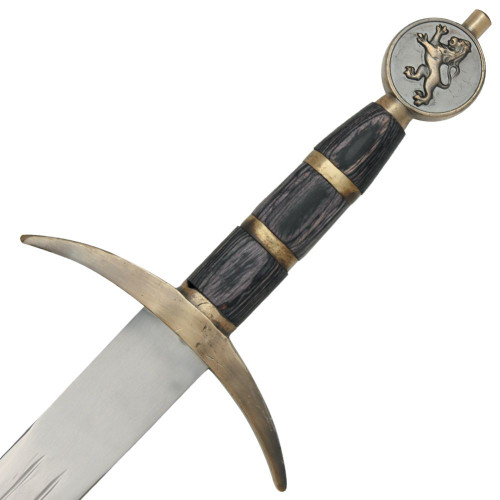 The lion is a common charge in heraldry. It traditionally symbolizes bravery, valor, strength, and royalty, because historically it has been regarded as the king of beasts. A "lion rampant" is depicted in profile standing erect with forepaws raised. The position of the hind legs varies according to local custom: the lion may stand on both hind legs, braced wide apart, or on only one, with the other also raised to strike; the word rampant is often omitted, especially in early blazon, as this is the most usual position of a carnivorous quadruped;. The earliest recorded use of the Lion rampant as a royal emblem in Scotland was by Alexander II in 1222. This sword is constructed of stainless steel with two fullers running down the blade. The pommel, handle spacers and guard have a brushed antique finish to look authentic and old. The handle is made of wood that has been stained. At the top sits a medallion pommel has a rampant lion on the front and back signifying bravery in the face of battle. Included is a leather sheath with belt loop. Do you have what it takes to be brave? The Rampant Lion Bravery Medieval Battle Sword will help you with that. 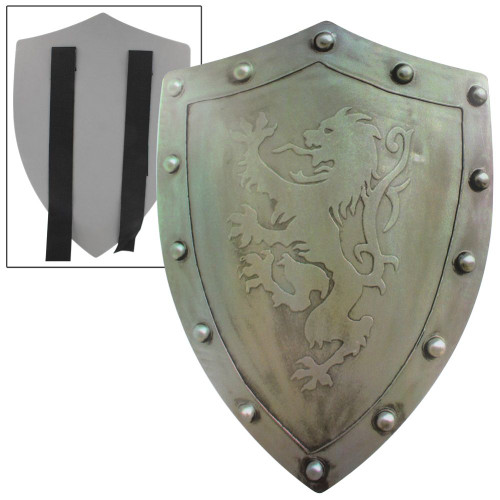 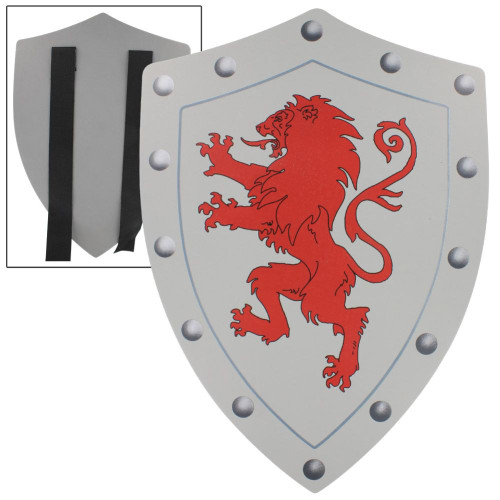 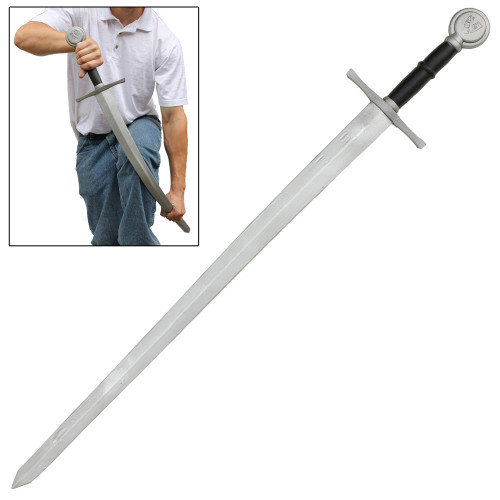 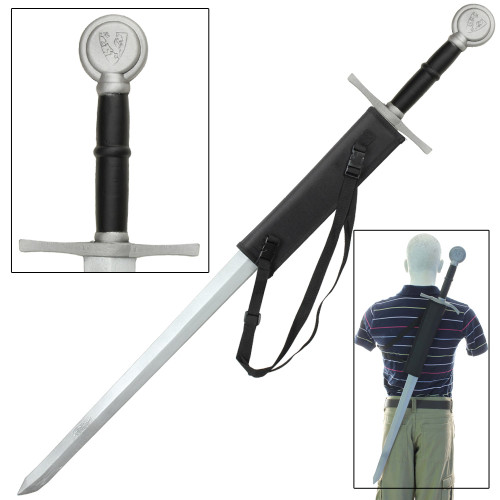 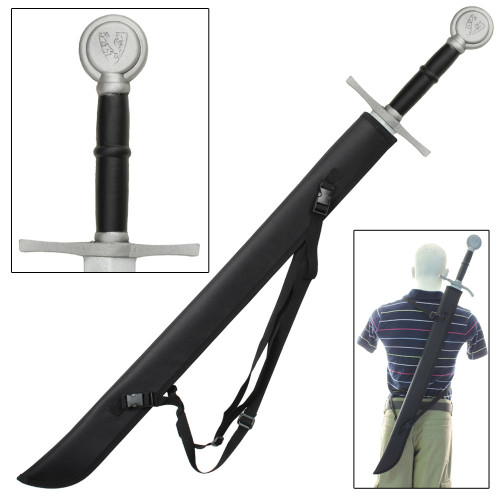