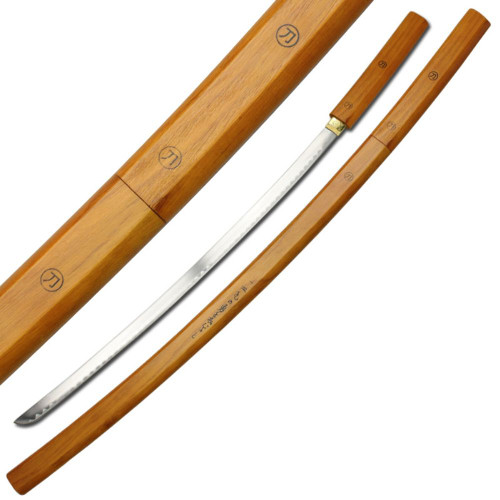 Bushidō , literally "military scholar road", is a Japanese word for the way of the samurai  life, loosely analogous to the concept of chivalry. This Bushido Code of the Warrior Japanese Shirasaya is designed with a wooden stained handle and scabbard featuring Japanese Kanji.  Kanji is script was invented by the Chinese and adopted by the Japanese around the middle of the 6th century AD. The blade is construction of carbon steel and factory sharpened. During the Edo period, the Japanese government banned the Samurai from carrying their swords in public as an attempt to establish peace throughout the country. To store and protect their sacred katana blades from corrosion and damage, the Samurai stored their blades in a Shirasaya much like this one. Though it is durable and shock-absorbent, the material that the Shirasaya is composed of as well as the design was unsuitable for battle, and would often be displayed proudly in the Samurai home since it housed a precious family heirloom. This traditional piece will be the treasure of any Japanese collection.  This sword is only a saya without a sageo. Overall Length: 39 inch

PLEASE NOTE: This Shirasaya is meant for decorative/display purposes ONLY. 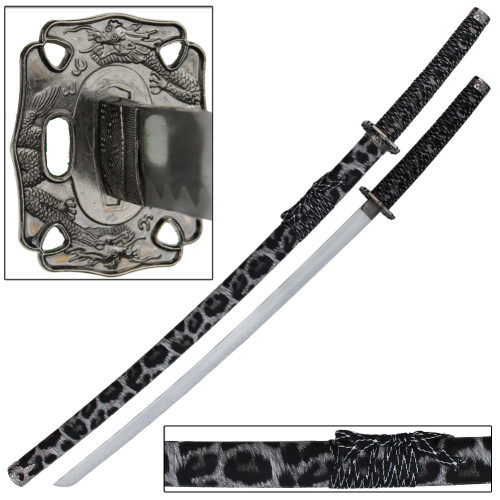 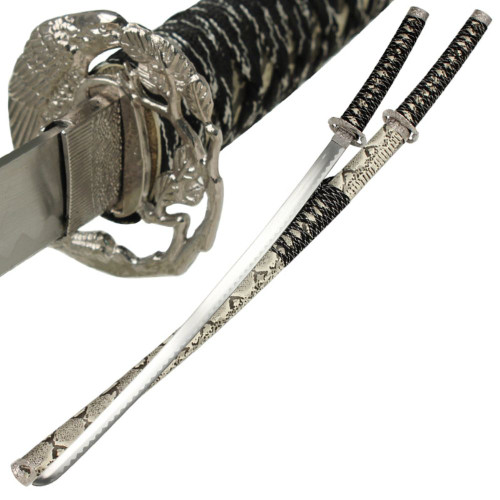 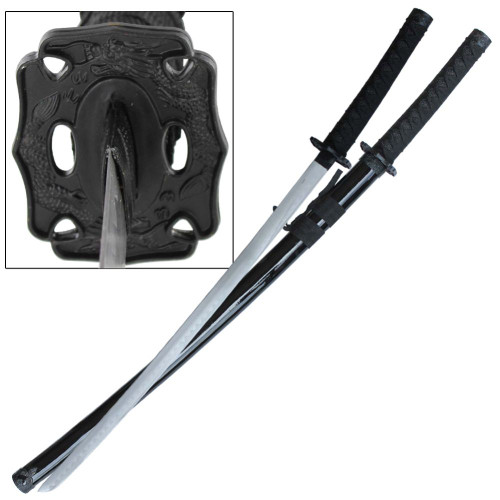 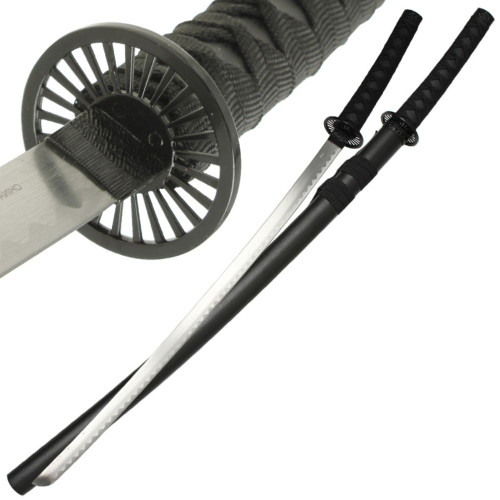 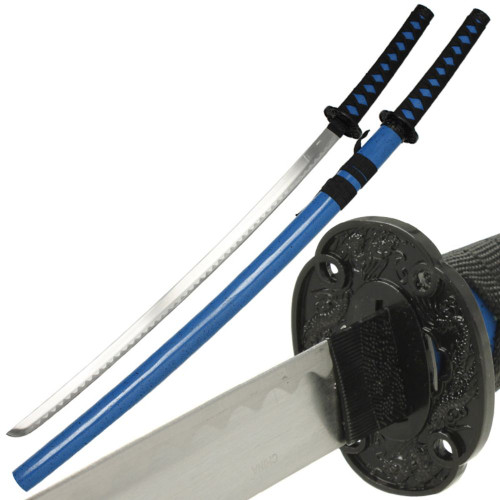