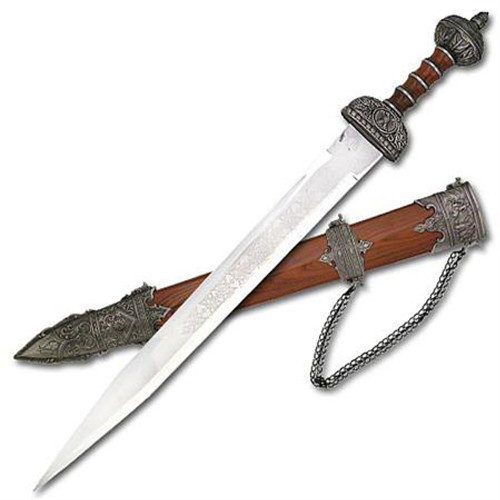 Enjoy the mirror polished shine of the 440 stainless steel blade on this Divine Roman Empire Short Sword. The blade is double edged for accurate display. Markings on the blade show it's elegant status, even in the presence of it's aggressive blade shape. The metal guard is engraved with proud Roman patterns. Pressed into the center of the guard is the golden crest of the Roman empire, the Eagle. The eagle symbolized strength, courage, farsightedness and immortality; balancing the success of Rome. On the opposite side of the guard is a golden crest bearing Romulus and Remus with the She-Wolf. This crest represents the divine forces feeding the founders of Rome. The handle of the Divine Roman sword is wood grain trimmed with metal rings. It fits the hand quite well. The huge pommel is about 2.5 inches in diameter. Every bit of the pommel has received fully detailed engravings. The gods have played an important role in the ancient Romans way of life, therefore represented on the pommel. The sheath to this Divine Roman Short Sword is a work of art by itself. Included with the purchase price is the matching wood grain adorned sheath. The top-most fitting on the sheath is engraved to depict the victorious Roman legion. Leading the centuries to battle is the Imperial Cavalry. A metal chain drapes from the top fitting to the middle of the sheath. Again, full level of engraving detail is represented. Only the most divine Roman warriors could carry a sword with this level of detail. 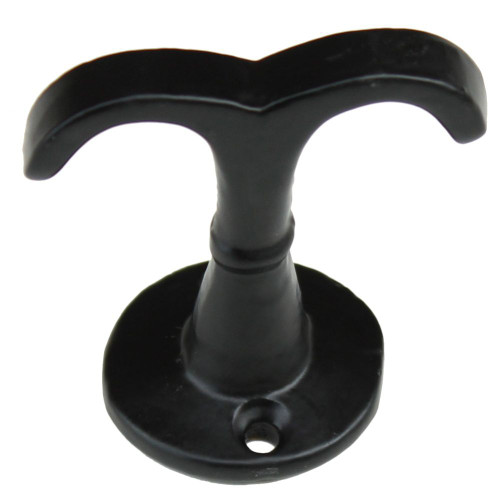 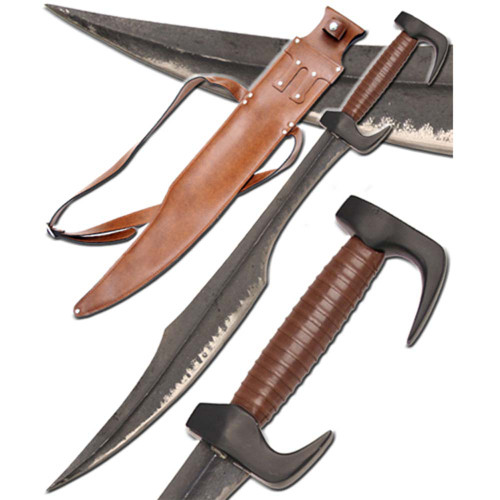 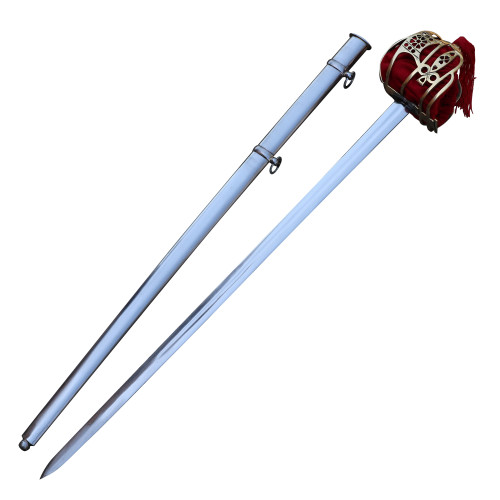 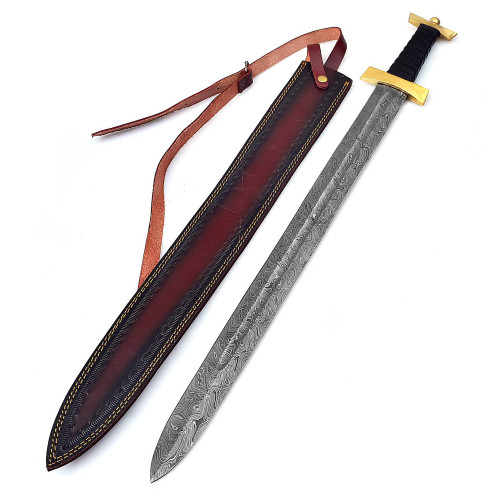 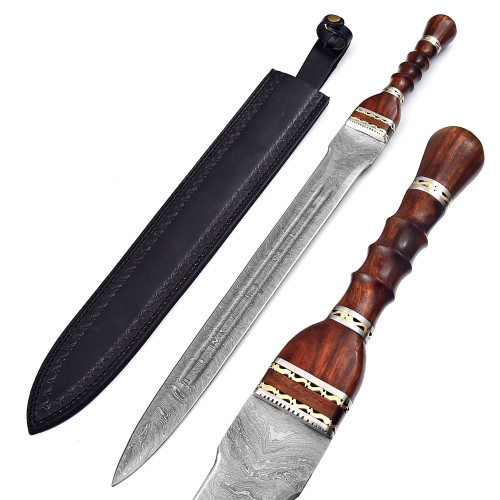