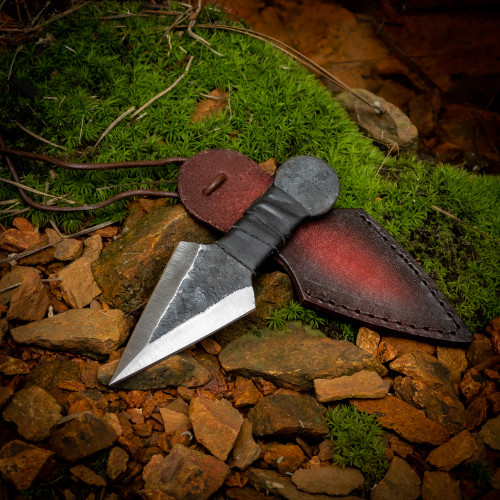 The same stars that are up there right now have been there forever. They bear witness to every civilization, every war, and every person. They are so prevalent to humans that nearly every civilization has used them. They have been used by aborigines, by Vikings, and even by early settlers of America. A small knife worn around the neck is such a versatile tool that can definitely come in handy in various situations.
In that respect, the Omnipotent Stars High Carbon Steel Medieval Style Throwing Neck Knife will not disappoint. This is a spearpoint throwing knife forged from high carbon steel with a black leather wrap handle in a gorgeous reddish brown hand tooled cowhide leather sheath on a 15-inch leather cord. Similar to that of a Japanese kunai knife, this knife features a flat circular pommel making it easier to hold onto when preparing to throw. The resulting look is stunning. I’ve even considered how it would look in a medieval outfit with this knife fastened around the upper arm or even a couple of them woven together hanging just above the knee. They are definitely a breathtaking and dramatic addition to any outfit, while also serving as a functional tool if needed. 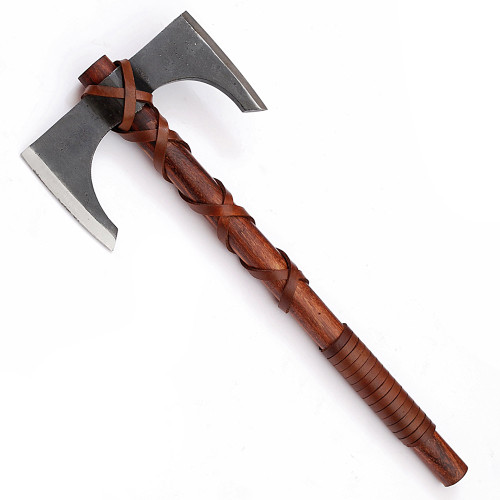 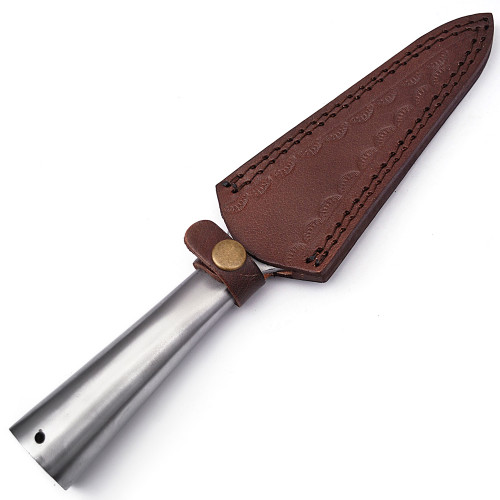 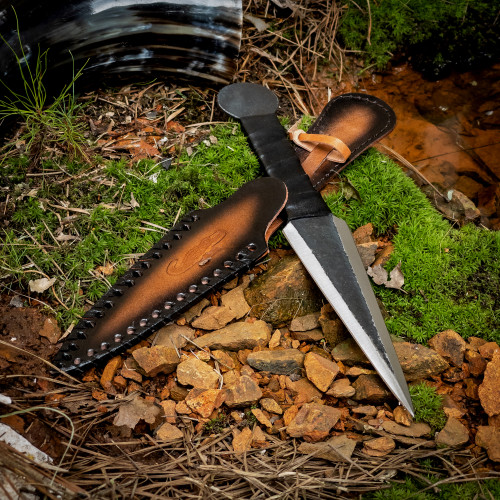 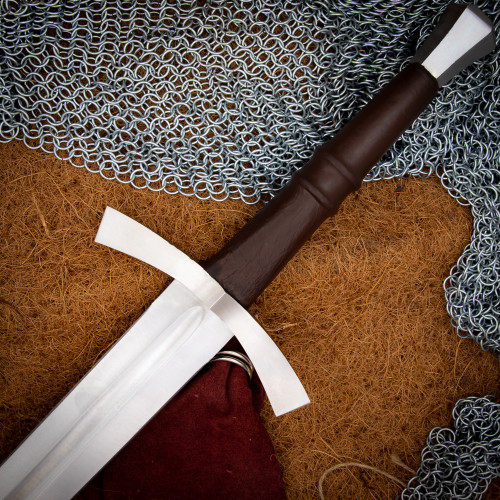 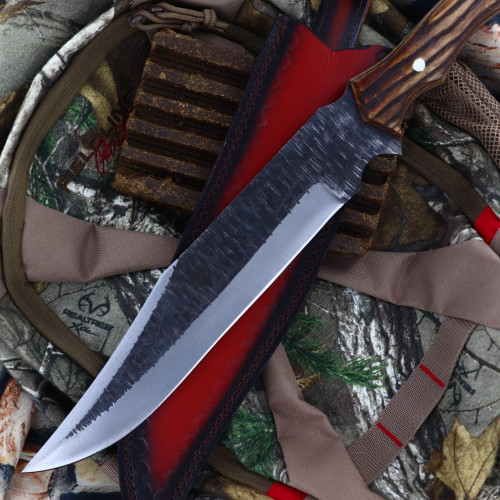