During the Renaissance Age the dagger was used as part of everyday dress, and daggers were the only weapon commoners were allowed to carry on their person. Daggers were very popular during medieval times. There were many different styles at this time and the first choice of close combat weapon. The weapon was primarily used for cutting or thrusting at an opponent and many of the medieval daggers were so long that they were often viewed as short swords. The Warrior Status Medieval Dagger Frog was handcrafted out of durable thick leather with metal rivets. The laces allow you to adjust the frog according to the size you need for your dagger. Two belt loops are provided for you to wear this frog on your left or right hip. This will make a nice addition to and time period costume.

*Please not that the dagger pictured is not included. 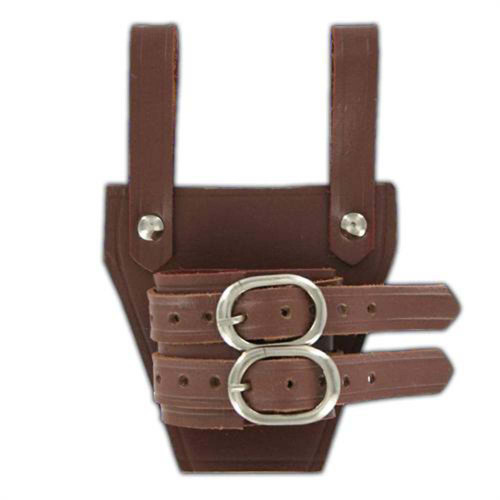 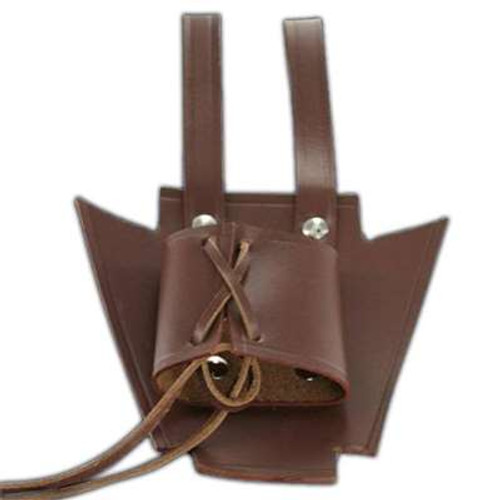 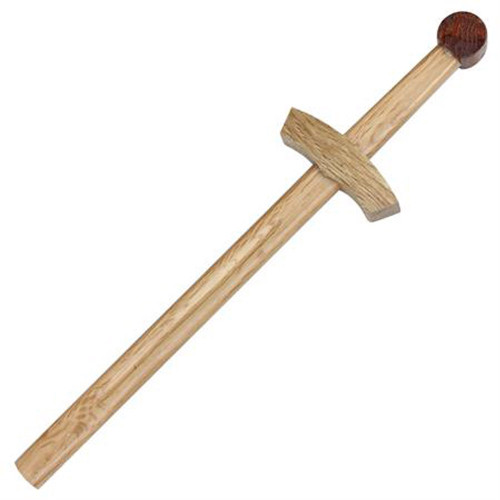 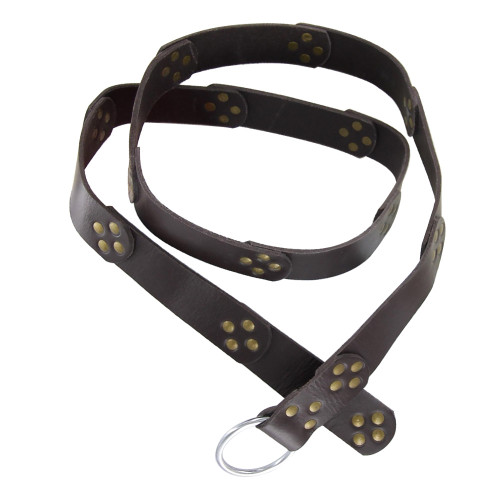